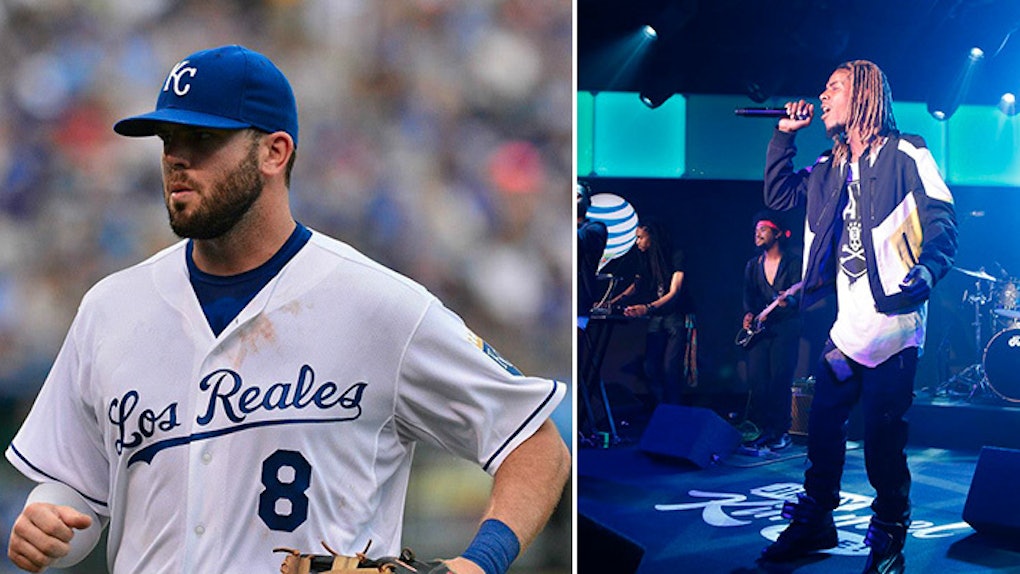 Stop me if you've heard this jam before.

You know who else clearly listens to Fetty Wap? The first-place Kansas City Royals.

The Royals, who lead the American League Central Division by nine games, reportedly have a system in place where players fine one another for failing to mention "1738" in postgame interviews.

Andy McCullough, a reporter for The Kansas City Star, got wise to what the Royals are doing, but he had no clue what "1738" was in reference to.

KC players are fining each other if they don't use "1738" in postgame interviews. I have no idea what it means. Success has driven them mad. — Andy McCullough (@McCulloughStar) July 29, 2015

He then proceeded to provide a few quotes from players, perhaps in an attempt to get Twitter to uncover his "1738" conundrum.

Then, Royals third baseman Mike Moustakas decided to have a little fun with McCullough.

Eventually, though, McCullough got with the program.

When you have the best record in the American League, this stuff is cute.

If it were the Philadelphia Phillies on the other hand, well, it's just not Philly's time right now, is it?

Citations: Royals Players Fine Each Other for Not Using Fetty Waps 1738 in Interviews (Bleacher Report)