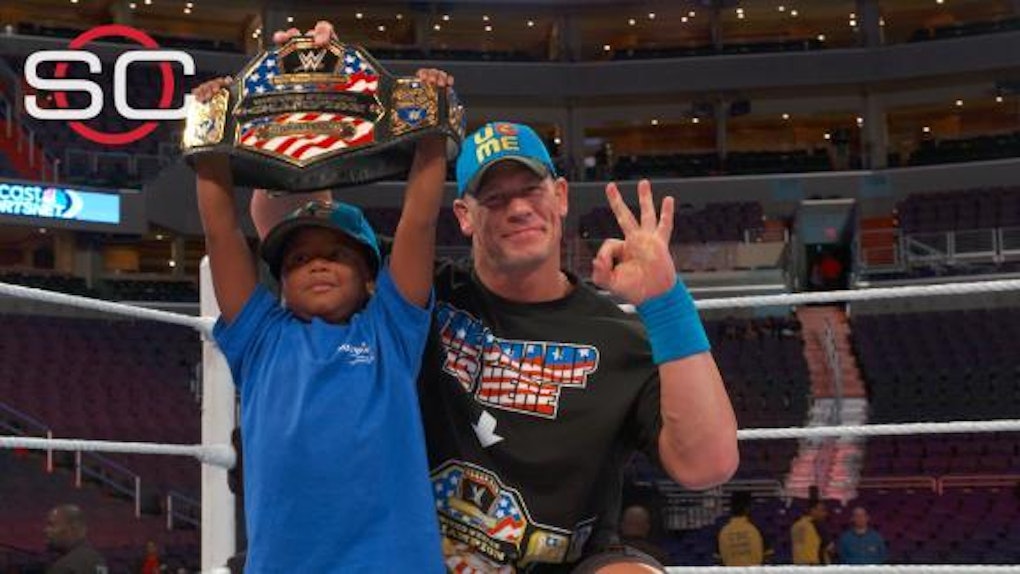 He wouldn't be John Cena if he wasn't granting wishes.

The WWE superstar may have already fulfilled a record 400 Make-A-Wish dreams, but he hasn't stopped there.

Nope, he just keeps going and keeps putting smiles on faces of kids like 7-year-old KJ, the subject of the latest "My Wish" feature on ESPN's "SportsCenter."

KJ's left kidney had been failing since birth, and only 40 percent of his right kidney would function.

At the age of 6, KJ started dialysis, a process that struck fear in his mother, Tasha Martinez, who'd already seen one relative pass away while on dialysis.

Luckily, doctors were able to find a kidney to perform a transplant for KJ. The surgery was successful. And though KJ is prohibited from playing contact sports, John Cena and the WWE still helped him become the king of the ring.

Check out the video above for KJ's amazing story.