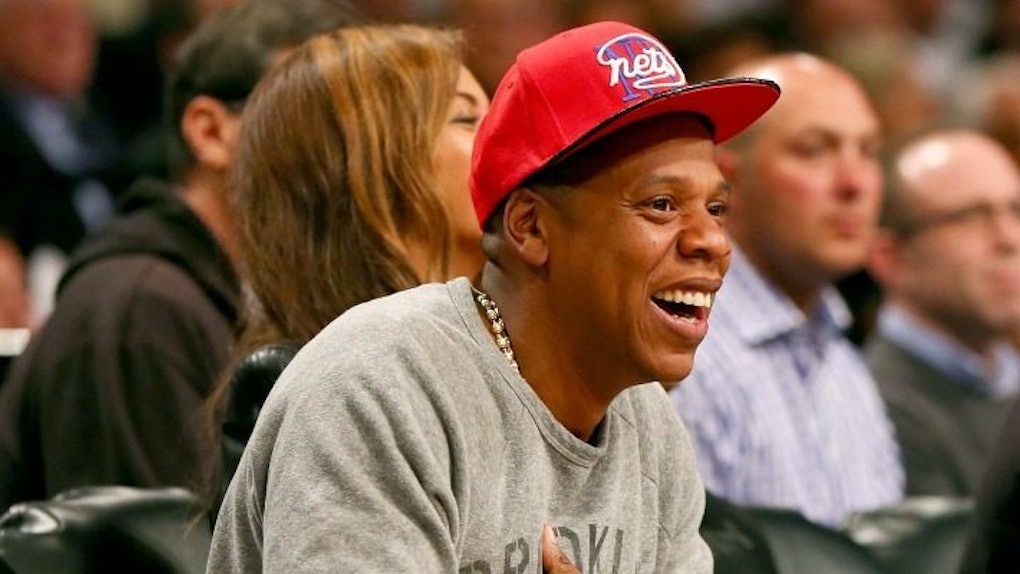 Jay Z Hit The Weakest Dab Ever At The Clippers Game Last Night...Twice

I love Jay Z as much as the next rap fan, but Hov's attempt at hitting the dab on Wednesday night at a Los Angeles Clippers game was straight pitiful. What's worse, homie did it twice like it was nice.

You know Beyoncé thought it was bad because it looks like she barely wants to be seen with Jay Z on camera after he tried those tired moves. Lucky for her, she was wearing a hat with an abnormally large brim.

Obviously, Jay Z doesn't need me to tell him that dab was weak sauce, but if you're going to attempt the most popular dance move of our time, you should at least put some effort into it.