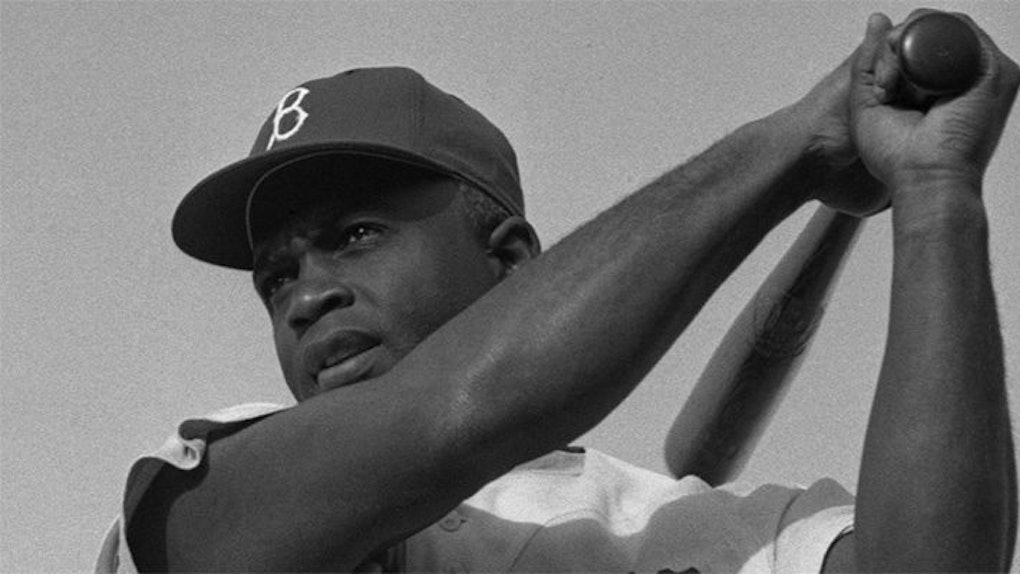 The most commonly recited and easy-to-remember accomplishment of Jackie Robinson's career is the fact that he broke the color barrier in baseball.

Robinson is, thus, honored as a national hero and an important figure in the history of this country's progression on the civil rights front.

But as much as Robinson gained seemingly universal admiration, his role in that progression really isn't as important as one might think -- at least, not according to Robinson himself.

In his 1972 autobiography, Robinson explained his position.

His exact words read as follows,

People have asked me, 'Jack, what's your beef? You've got it made.' I'm grateful for all the breaks and honors and opportunities I've had, but I always believe I won't have it made until the humblest black kid in the most remote backwoods of America has it made.... (Some) whites are expert game-players in their contest to maintain absolute power. One of their time-honored gimmicks is to point to individual blacks who have achieved recognition: 'But look at Ralph Bunch. Think about Lena Horne and Marian Anderson. Look at Jackie Robinson. They made it.' As one of those who has 'made it.' I would like to be thought of as an inspiration to our young. But I don't want them lied to... I don't think anyone in or out of sports could ever seriously accuse Willie Mays of offending white sensitivities. But when he was in California, whites refused to sell him a house in their community. They loved his talent, but they didn't want him for a neighbor. Name them for me. The examples of black who 'made it.' For virtually every one you name, I can... (tell you) how they have been mistreated, humiliated.

The excerpt was shared by ESPN's Bomani Jones and serves as a poignant reminder: Individual successes in the face of discrimination should always be celebrated, that is for sure. But, individual successes will never truly be indicative of widespread progress, regardless of whether those successes include certain people becoming our sports heroes or, even, our presidents.