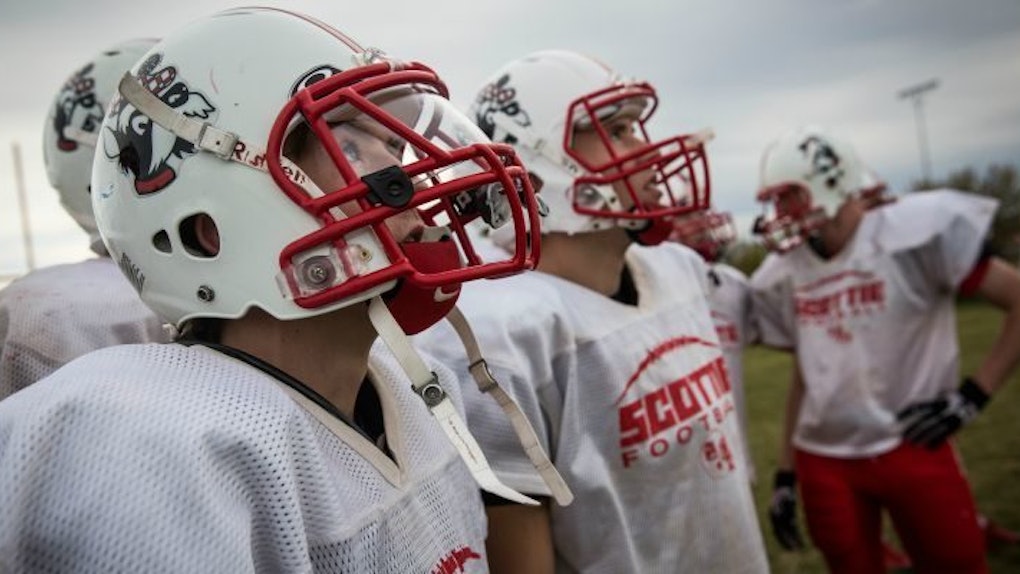 Historically, baseball has always been the national pastime of America. But realistically, football is king.

While we can analyze all the data available on concussions, CTE and the decline in participation at the youth level, the fact remains: Football stands on top.

Just look at the NFL, littered with issues of domestic violence, banned substances and alleged cheating -- and until relatively recently, these problems weren't even acknowledged.

The NFL has started addressing those matters and cracking down on teams and individuals they've deemed guilty of wrongdoing.

Over the last few weeks, high school football has been front and center for all the wrong reasons.

Players attacked a ref at a coach's request, one student clocked an opposing player in the head with his own helmet and another tried to stomp out a helmet-less opponent when he was on the ground.

The incidents go on and on, despite the fact we're still only in September.

High school football appears reluctant to acknowledge there could be an institutional issue here, which is why we find ourselves watching at least one weekly YouTube video showcasing the latest travesty.

Is high school football facing a systemic problem in 2015, or are we still looking at isolated, magnified issues because everyone has a camera and a Twitter account?

I really don't think there's a problem, but you see incidents happening. You have so many kids, so many teams playing football around the country. I've seen it this year, but I think that's because of the social media that every incident is out there.

But some of the things, like that instance where the coach told the players to knock [over] the ref, that's ridiculous.

In another incident, an entire varsity football team beat up a JV player from the same school simply because he sat with the opposing team's fans at the previous game.

His girlfriend went to the opposing school.

This episode was made much worse by the fact that A) one player took a video of the event and uploaded it to Snapchat, and B) at least one coach can be seen on video presiding over the beating.

And let's not forget the time a Salesian High School (CA) football player rubbed Icy Hot in the face of a La Canada HS player during a game, not only causing unbearable pain, but potential blindness.

The fact that these incidents are occurring in various states and leagues all over the country makes it hard to draw any sort of correlation between them, but that doesn't mean there aren't a few clear-cut takeaways from the present state of high school football.

Currently, there appears to be a serious lack of accountability among players, as well as an astounding lack of leadership from coaches.

In the NFL, there is a front office that maintains structure and order in the league. In college, the NCAA performs a similar function. At the high school level, however, there is no central governing body for athletics and keeping everything in-house is clearly not working.

With regard to some coaches behaving more like children than men, Coach William Cawley says,

You can't be their friend. You spend more time with these kids than you do with your own family. I'm there six, seven days a week. You're making them adults. It's not just all about football, it's about growing as a person, too.

It feels like this message has been lost, specifically this year, but that's not to say high school football can't get back on the right track.

Cawley asserts coaches should treat their job as a full-time responsibility, even when football is not in session.

The varsity football coach is aware that his program isn't on par with the level of competitiveness at many other schools in this country where winning truly is everything.

But at the end of the day, these players are still kids.

I understand there is scholarship money to be granted as well as opportunities to play for some of the best college football programs in the nation, but high schools have to provide these young men with the tools they need to succeed on and off the field.

During our interview, Coach Cawley stressed how everything is a teachable moment -- that while he obviously doesn't like what's happened in high school football recently, he doesn't shy away from addressing those events with his team.

We learn from that. Everything is getting reported now. Say something, do something. I think we're all more aware of everything.

Hopefully this awareness leads to an acknowledgment that change is necessary and a willingness to make it happen.