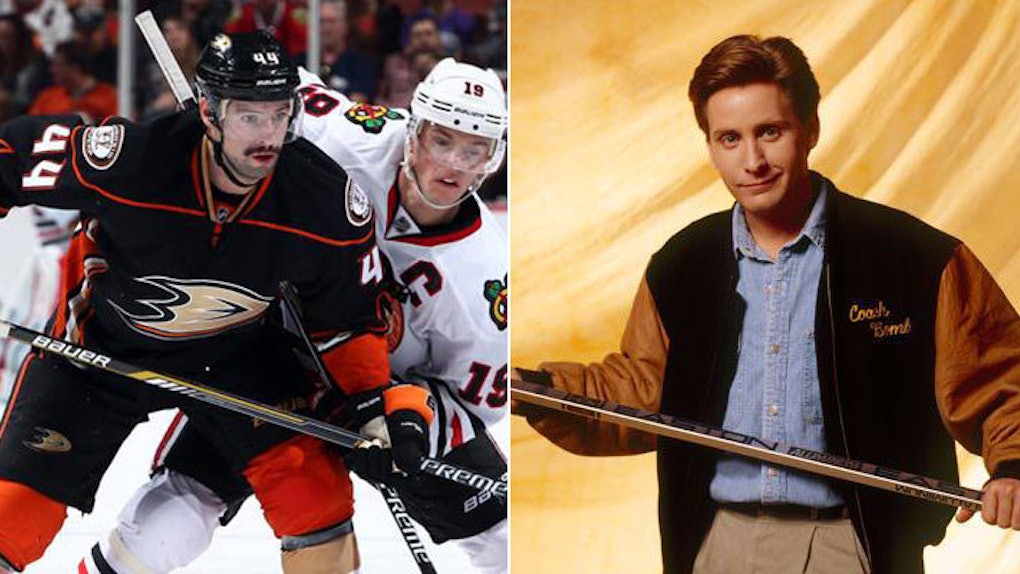 Emilio Estevez hasn't had an impact on the ice since he played Gordon Bombay, the coach in “The Mighty Ducks.”

But his extremely entertaining live tweets during Game 5 of the Western Conference Finals, which faced the Chicago Blackhawks against the Anaheim Ducks, may have shifted the series in favor of his former team's namesake.

Last night, the Ducks won 5-4 in overtime, but the game had more ups and downs than a Six Flags ride. Thankfully for Anaheim, Coach Bombay stayed with the team through it all -- albeit via Twitter.

With the series tied 2-2, Estevez was pumped to end his Memorial Day weekend with a crucial Game 5 victory.

When the Ducks jumped out to a 3-0 lead after the first period, he really let Chicago fans have it.

Heading into the third period, the Ducks' advantage was cut to just one. Estevez remained confident in his team.

COME ON DUCKS! Regroup! Bring it home! YOU CAN DO IT!! @AnaheimDucks @NHL #wellplayed2ndperiodHawks — Emilio Estevez (@EMILIOTHEWAY) May 26, 2015

Then, the Ducks scored to make it 4-2, and Estevez brought out the "QUACK!" attack.

And even when Chicago forced extra time with just 38 seconds left in regulation, he knew a victory was certain.

His faith was rewarded 45 seconds into overtime, thanks to a Charlie Conwa… Matt Beleskey winner. Game. Set. Match.

Citations: Did Emilio Estevez star of The Mighty Ducks, guide the Anaheim Ducks to a Game 5 victory (ESPN)