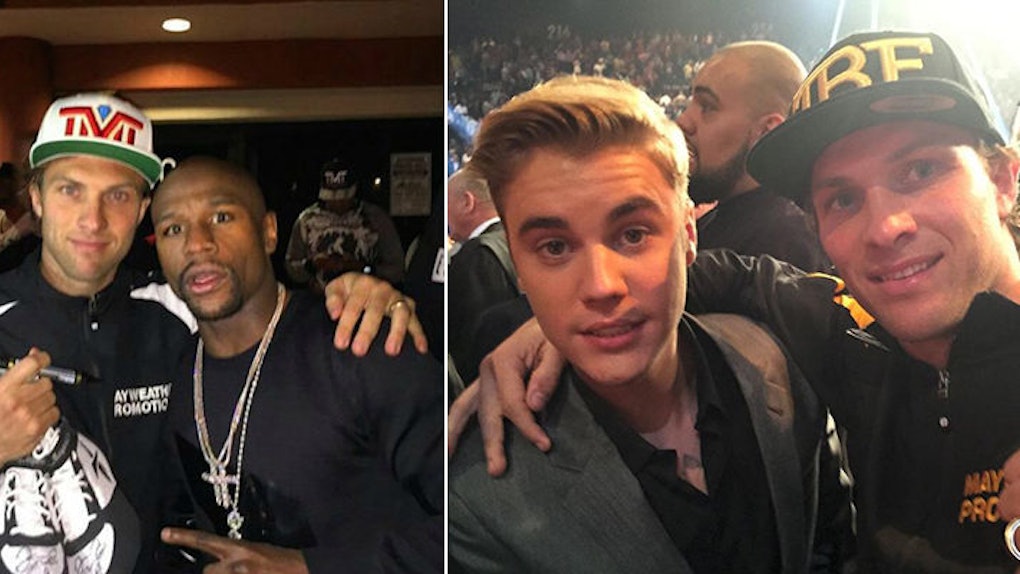 Two Dudes Sat Ringside By Pretending To Be In Mayweather's Entourage

What if I told you two dudes from England managed to finagle their way into Floyd Mayweather's entourage on Saturday by wearing tracksuits with TMT and TBE hats? Is that something you might be interested in?

Ifran Ahmed and Chris Stowe reportedly latched onto Money May's team and made it through security to have a ringside experience few could've ever imagined. Or afforded.

Not only did Ahmed and Stowe charm their way into ringside seats worth roughly $990,000, they also rubbed shoulders with the likes of Justin Bieber, Mark Wahlberg, Nicole Scherzinger, Puff Daddy, Paris Hilton and Sting.

Apparently, the two copped some seats "on the cheap" -- would love to know what their definition of cheap is -- and simply slid right into Mayweather's circle as the crew was making an entrance into the ring.

Check out some photos from the wild night.