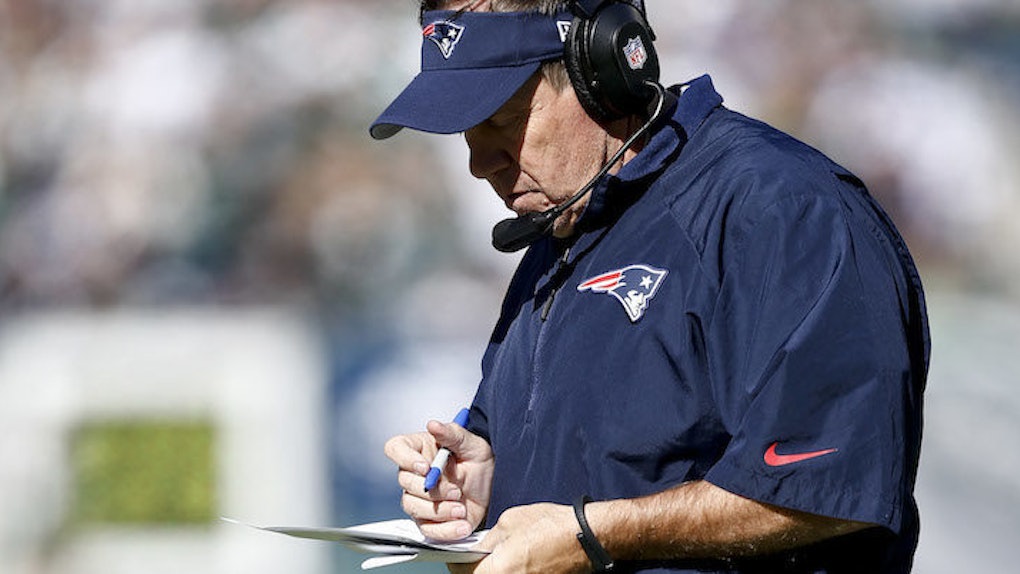 The Two Guys Behind Deflate Gate Are The Biggest Bros Ever

And you thought Deflategate couldn't get any more comical...

After the NFL published Ted Wells' report, the formal investigation into Deflategate, a whole bunch of details were revealed, and most of them are rather uninteresting.

But, as part of the investigation into "the matter," the NFL obtained text messages from Jim McNally, the locker room attendant for the New England Patriots, and John Jastremski, the team's equipment manager. And they are HIGH-larious.

The funniest texts of the bunch were exchanged between the two Pats employees in October, when you could tell the pair are the biggest bros as they took a few jabs at the star quarterback.

And then there's this, a May 2014 exchange between the two employees during which one of them calls himself "the deflator."

Other texts reveal how Brady would give the two men autographed memorabilia.

That fact, plus the nicknames and references to inflation, lend themselves to reaching a certain conclusion on the "Did the Pats cheat?" front.

Still, it's hard to reach any solid conclusion based on isolated texts that can easily be taken out of context.

Leaked text messages continue to be the most interesting piece of evidence, because we all act like unfunny debaucherous dicks over text. — Justin Block (@JBlock49) May 6, 2015

But those jokes about Brady being terrible? We don't have to have a debate on that. Those are funny.