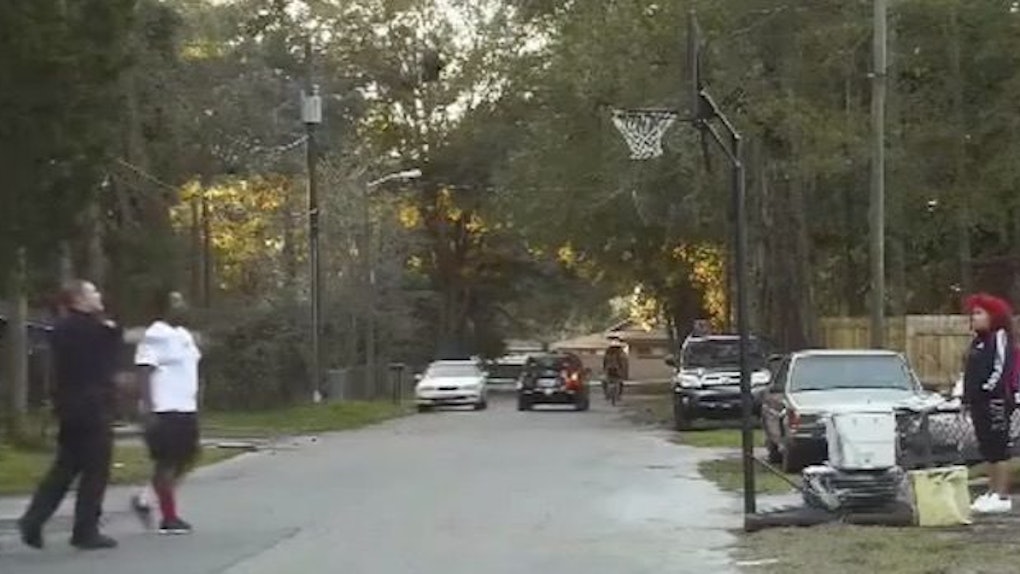 First of all, if you call the police on kids playing basketball, you need to be yelled at and then take a serious reality check.

However, that's exactly what happened recently in Gainesville, Florida when Officer Bobby White was forced to respond to a complaint of kids being too loud while playing basketball in the street.

In the video above, you can hear Officer White saying to the kids,

You believe someone called to complain about kids playing basketball in the streets? You believe that? I ain't got no problem with it, obviously.

Then, in the only logical move he could make, White decided to take a few minutes to play some hoops with the kids.

The Gainesville Police Department shared the following message on its Facebook page as a result of the incident. The message read,

We are proud to be able to be a positive light for law enforcement in today's view of officers. Not all of us that wear the badge are perfect. Not even close. But we know there are thousands of officers around the country that are just like this.

Citations: Someone called the cops on a bunch of kids playing basketball so a cop dunked on them (Sporting News)