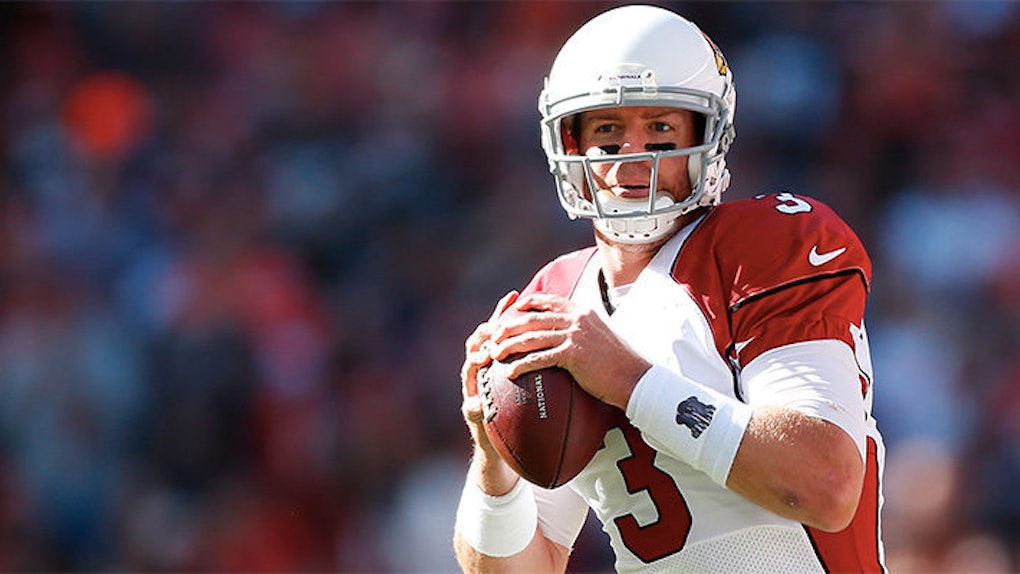 There is no better two-loss team in the NFL right now than the Arizona Cardinals.

In all three phases of the game, they are dominating. When one player gets hurt, another steps in, and it is no sweat off anyone's back.

The Superbowl is one of the most viewed sporting events in the world, and this go-around is a special event because it will be celebrating its 50th birthday.

One team I think will get to play in the most special game of the year is the Arizona Cardinals.

It may seem far-fetched for some, it may seem out of reach for others, but this Arizona team is a solid one that's Super Bowl-bound for four reasons:

Tall, fast and sure handed, Larry Fitzgerald will be the golden ticket that will take the Cardinals to Superbowl 50.

Fitzgerald is a game breaker and it showed on Sunday night against the struggling Seahawks. Fitzgerald snagged 10 catches for 130 yards which helped the Cardinals avoid a third loss.

Having him on the field, even though he may not get the ball, attracts attention to his side which opens up opportunities for the explosive duos of John Brown and Chris Johnson.

Having a threat like Fitzgerald on offense makes the Cardinals chances of going to the Superbowl that much better.

A sign of a good defense is bending but never breaking and the Cardinals D has done just that.

The athleticism on the back end is what keeps the Cardinals at only two losses. Tyrann Mathieu, also known as the honey badger, can line up anywhere, against anyone and is going to win his battles nine times out of 10.

Add Patrick Peterson, one of the most thorough defensive backs in the league in regards to playing the run and the pass, and you now have a potent recipe for a Superbowl run.

Defense wins championships, and this Cardinal defense can do just that come February.

Of all the University of Southern California Quarterbacks who have entered the draft in the 2000s, Carson Palmer is the only one who is living up to the hype he created for himself.

Times were tough for Palmer, but things have gotten much better since his arrival in Arizona.

From his smart decision making, to his minimal errors, Carson Palmer is going to be the reason the Cardinals make the playoffs.

Palmer is a clutch quarterback. With 23 touchdowns to just seven interceptions and the ability to be a general and lead his troops down the field, Palmer will lead these Cardinals to Superbowl 50.

Injuries to Michael Floyd, who caught two touchdowns Sunday night, may have caused a bit of a stir, but the depth of the Cardinals is what will save them.

Jaron Brown will step in and it will be as if Floyd never left. Depth is key and the ability to have guys step up is vital for a Superbowl run for the Cardinals.

The year 2015 has been a season of more ups than downs in Arizona.

Clinching a playoff spot and being ranked first in the NFC West are gifts, and going to the Superbowl will be the icing on the cake. If there was ever a time for the Cardinals to make a push, now would be it.