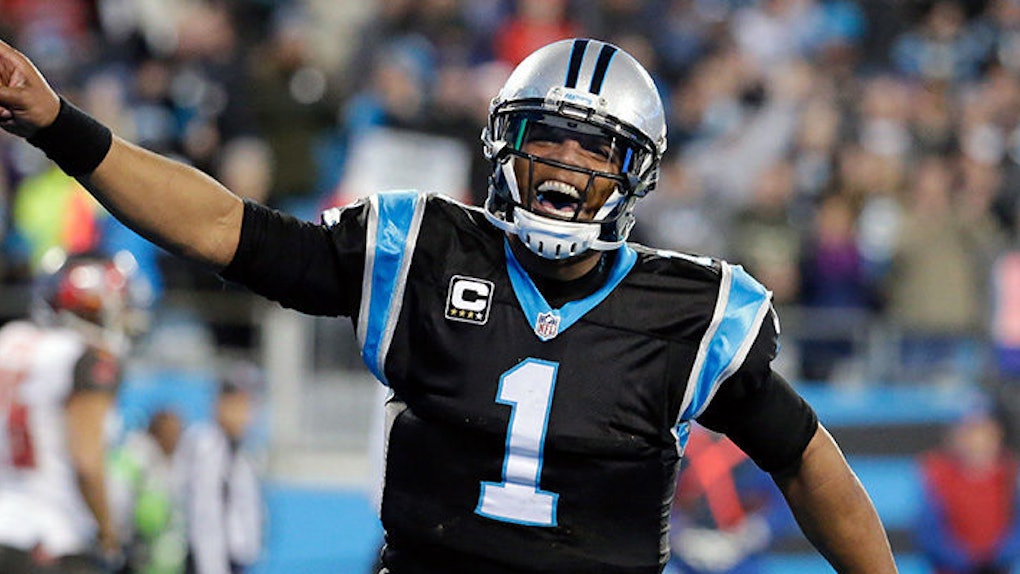 No one knows why Cam Newton does these things, but he always does 'em.

And by "these things," I mean wearing ridiculous outfits to press conferences. For example, there was that time that he wore a purple blazer, capri pants and some fancy slippers.

Then there was that other time that he wore a leather jacket with zebra-striped Versace pants on his way to the Super Bowl.

And while Cam's latest look is not nearly as fancy as those examples, it's definitely just as funny, if not more hilarious. With the Carolina Panthers training camp under way, the star quarterback addressed the media with a straw hat and a partially blond goatee.

For what it's worth, Newton's top receiver praised the style

But there are many people who would beg to differ, and they let that be known as they roasted him on Twitter.

The funniest thing in all this is that we can't even say Cam has a "blonde goatee" now. He didn't fully dye his facial hair; instead, the man went and got frosted tips.

But who knows, maybe Cam is starting out the season with a new feel to get ready for new success. After all, the only success he didn't get last season was a Super Bowl win.

So yeah, that's it. It definitely isn't the result of a terrible lack of style.