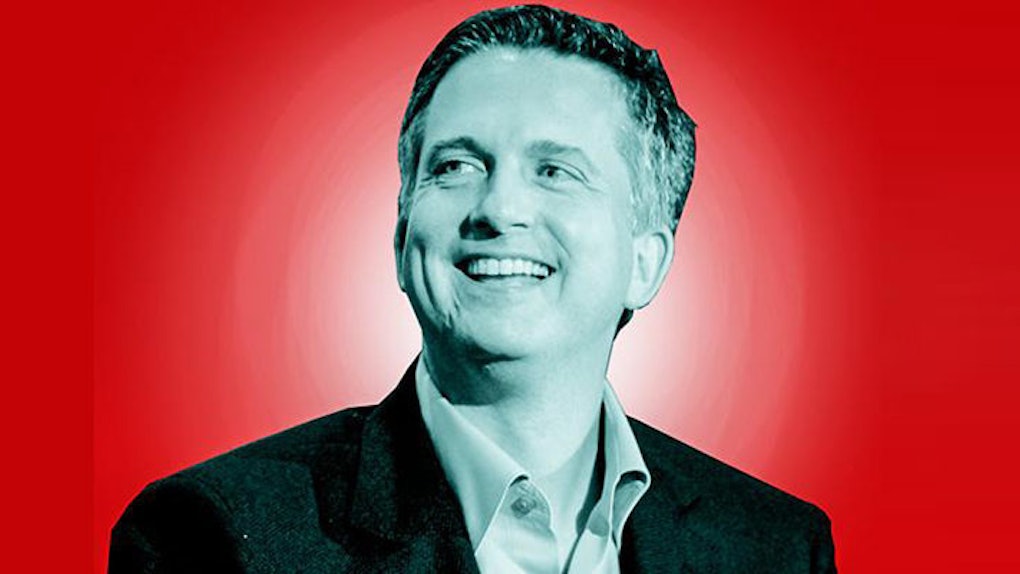 How Bill Simmons' Next Move Will Revolutionize Sports Journalism

Free agency: the final frontier. This seems to be what the future looks like for ousted ESPN star Bill Simmons.

His mission: to explore strange new worlds of sports and competition; to seek out new media firms and creative platforms; to boldly go where no sportswriter has gone before.

Gene Roddenberry's famous opener for the "Star Trek: The Original Series" certainly applies to the forthcoming adventures for Bill Simmons.

Like Captain Kirk, Simmons rose from humble beginnings to become a pioneer, discovering new ways to connect with readers, viewers and listeners, harnessing new technology in the process.

Like the original series on NBC, he built an avid following among various demographics, going beyond the local sports fan and creating a modern salon for writers who cover entertainment and other culture in Grantland.

Unfortunately, like the network execs who canceled the series in 1969, ESPN executives have decided not to renew Simmons' contract, a move that has been met with vociferous disagreement.

Here's where things get interesting: ESPN has decided they will keep Grantland, a huge property of ESPN.com, where Simmons' work has been featured since 2001.

The bartender from Boston turned blogger caught the attention of the network with his critical prose of their content, most notably the ESPYs.

He first appeared on Page 2, rising to power at the same time of his beloved Patriots, chroncling the resurgence of Boston teams, the end of the dreaded "Curse of the Bambino" in 2004 and did so amongst lofty company, like Hunter S. Thompson.

Grantland became the evolution of Page 2's offerings, combining genre specialists like The Masked Man, a wrestling aficinado, with freelancers like Chuck Klosterman.

His creative insight led to the award-winning "30 for 30" documentary series, podcasts and the Grantland Basketball Hour. He also had a hand in my personal favorite, a series of oral histories of famous events in sports, ranging from Malice at the Palace to the long-awaited matchup between "Sugar Ray" Leonard and "Marvelous" Marvin Hagler to determine the greatest middleweight of the 80s.

Simmons now faces a tremendous challenge: The father of two must find new work in a very competitive industry and overcome a variety of stigmas he received at ESPN.

While contributing greatly to the continued success of the Worldwide Leader in Sports, he ran afoul of some authority with his opinions, most notably his criticism of NFL commissioner Roger Goodell.

After lamenting a weak suspension for Ray Rice in September on his Grantland podcast, ESPN suspended Simmons for three weeks.

When he appeared on "The Dan Patrick Show" last week, aired by rival NBCSN, he went to that well again over Deflategate, decrying Goodell's lack of "testicular fortitude."

That proved to be the denoument of contract talks between him and ESPN. The current deal will end in September of this year, but many wonder if there will be anything new from Simmons in the coming weeks and months.

Modern technology allows Simmons' contributions on electronic platforms to be tracked and gauged for commercial value. ESPN's competitors will attempt to siphon that revenue with him into new and existing projects.

However, he will also be asked questions about how he can handle working with others.

His honesty on camera cost him appearances on NBA studio shows, lest we forget the famous eye roll during one NBA draft. ESPN has a massive operation and a huge staff, leaving some room for mavericks and malcontents.

Emerging contenders like Fox Sports 1 and CBS Sports Network may not want someone who can't fake a smile and push the candy.

The spread of NFL carriage across every major broadcast network will raise eyebrows among executives who see their highest ratings on Sundays in the fall and charge high advertising fees for those commercial breaks.

That decision made by the network gatekeepers may be the most profound in their lifetimes.

The balance between pacifying content providers and upholding editorial integrity for the public is delicate and tenuous. Networks are used to dropping controversial stars and shows for various reasons.

The NFL isn't like Charlie Sheen who can be swapped out for Ashton Kutcher. Games draw unrivaled audiences over multiple hours, so much that networks want games on Thursday night and even Sunday morning.

The league is not without its critics, although few of them cash checks from the same networks who pay the league billions every year to air these games.

Goodell and his connections might issue some caveats to their business partners about Simmons, and while it may not affect his candidacy, networks must maintain duties to viewers and present contrasting viewpoints through its editorial staff.

If they get cold feet regarding his critical history, not only do they deprive their audience a chance to enjoy great work, but also hurt the overall health of the industry and tell those with national aspirations they might need to abandon their inherent curiosities and investigative spirits for the big paydays.

The mere notion of that sickens me.

So, what's the next step for Simmons? Given the connections he's built and the appeal of his work, I feel things have been in motion even before ESPN handed down the public refusal to retain him.

Simmons possesses tremendous creativity and great demeanor with guests on his podcast. Even without the vehicle of Grantland, he can start a rival institution for another website or even launch his own brand.

The latter might be more desirable to a man with such breadth and various passions. Expanding brands like the WWE Network can offer him a venue for his podcasting pursuits, while various publications and sites will bid on his writing.

A major network will have room for all of his talents and can offer a deal comparable to the $6 million annually he sought from ESPN.

Here stands Bill Simmons, on the brink of the unknown.

He could jump ship and move to an ESPN rival. He can go completely maverick, open up a bar/studio near the Boston Common and create his own subscription site like Glenn Beck.

That's the excitement of his next voyage. His future could shape the industry and those who want to follow his legacy for generations. Will he "boldly go where no man has gone before?"