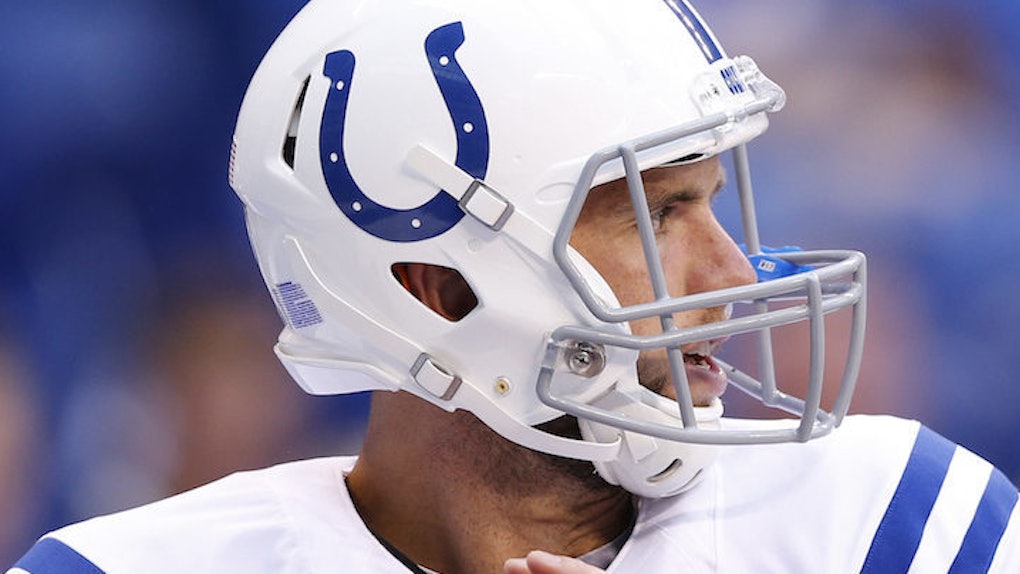 The heat is turning up on Andrew Luck.

After the Indianapolis Colts' miserable performance on Monday night against the New York Jets -- during which Luck turned the ball over four times -- the knives started to come out for the star quarterback for what felt like the first time.

Can't believe this is happening, but it is: After years of making his team better, Andrew Luck is making it... worse? http://t.co/6B1m3KB2vS — Gregg Doyel (@GreggDoyelStar) September 22, 2015

The fact that Luck is getting criticized is noteworthy, especially when you consider the context in which his career has generally been viewed since he entered the league.

For his first three seasons, the general verdict on Luck was he's a once-in-a-generation talent who just was not fortunate enough to have the supporting cast to win -- a view that essentially absolves him of any fault.

Last night, that went out the window after the former Stanford Cardinal looked like a pretty undeniable part of Indy's problem.

Now, the constant upswing Luck's reputation was on for those first three years seems to be rapidly swinging like a pendulum in the opposite direction.

Can’t wait to tell my grandkids about the Great Andrew Luck Backlash of 2015. — Will Brinson (@WillBrinson) September 22, 2015

So here we are, at a point where an overwhelming majority of people who've watched an Andrew Luck performance seem to be either torching him, at the worst, or questioning if he's overrated, at best.

And much of the conversation seems to revolve around these five stats:

1) He's had the most turnovers in the league for a significant stretch now.

2) He has one of the lowest QB ratings so far this season.

3) He was rated the 7th best player in the NFL.

But, he looks to be so far from that rating now.

4) The Colts' odds to win the Super Bowl, 8-1, made them joint favorites, along with the Patriots, in the AFC.

5) There was one super-complimentary comment from Frank Gore that sums up just how highly rated Luck has been.

Now, people, including his own coach, are ready to vehemently challenging that notion.

More Pagano on Luck: He's got to take care of the football. Make great decisions. It’s not that hard. It’s not trigonometry. — Mike Chappell (@mchappell51) September 22, 2015

And there are two types loving it: people who thought he was overrated to begin with...

as someone who’s been sick of ppl ignoring luck’s flaws, today’s gonna be fun to watch. some capes will be donned. some will be burned. — El Flaco (@bomani_jones) September 22, 2015

And all the Pats fans who hate the fact that the Colts snitching sparked Deflategate.

So yeah, the hits will be coming hard at Andrew Luck today, but at least we know he's used to taking shots with class.