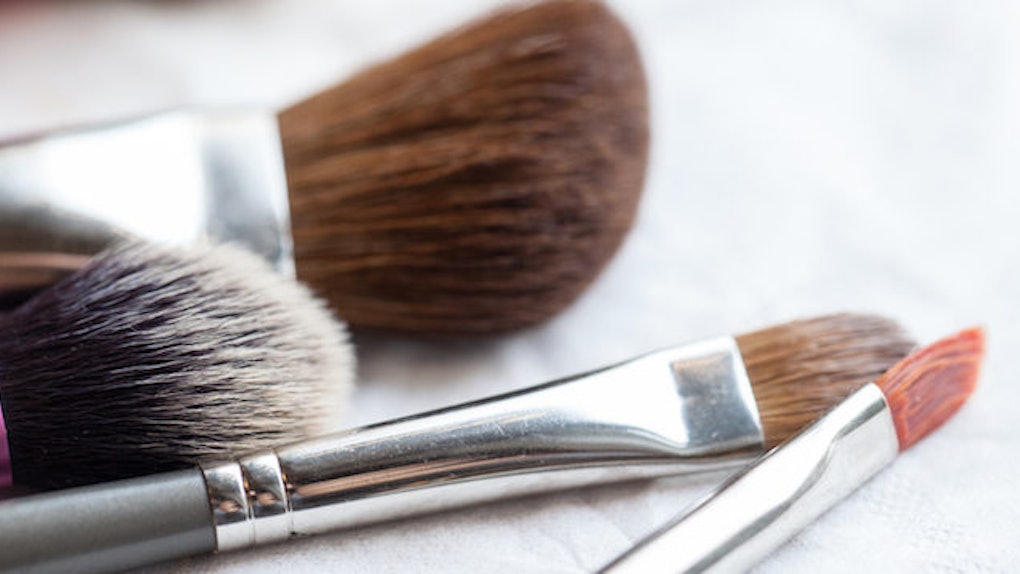 Zoomed-In Makeup Brush Pics Show How Gross They Are

I remember sitting in the dermatologist's office (multiple times) as a teenager.

The breakouts I endured were downright horrific, and I could never pinpoint what the hell was causing them.

I drastically changed my diet, took antibiotics and went on birth control in effort to make the acne subside.

I was completely beside myself, but eventually discovered the culprit of the pimples. Believe it or not, it was my dirty makeup brushes. They were grimy AF and I didn't even know it.

The moment I washed them in the sink with antibacterial soap for the first time, a spew of pinkish-beige liquid oozed from the bristles and rushed down the drain like a murky makeup river.

It was really, really gross.

I can't even imagine what the brushes looked like up close before the wash-down, but thanks to an Imgur user named Onionyeoja, we're able to see just that.

According to Cosmopolitan, Onionyeoja used an iPhone and a Mpow macro lens to snap up-close photos of dirty makeup brushes and posted them online.

The pictures show teeny-tiny specimens and makeup particles accumulating on the brushes, along with the amount of time since they've been washed.

FYI, they're not clean unless you clean them.

If you're a gal or guy who uses makeup on the reg', please be advised that these pictures will make you seriously re-think the way you store your brushes.

Here's what a blush brush looks like after only two weeks of use:

Let's not forget about the powder brush that's crawling with germs after just three weeks:

I wouldn't want this eyeshadow brush anywhere near my eyes after four days of use:

What the hell are those strands on this eyebrow pencil?!

This eyeliner brush has only been used one time (ew):

Keep in mind, these photos were taken a few days after being washed.

Can you imagine what your brushes look like after a year of being neglected?!

I don't even want to know what kind of grime I've been patting my face with every day.

I guess it's time for a new regimen that includes soaking these bad boys regularly.