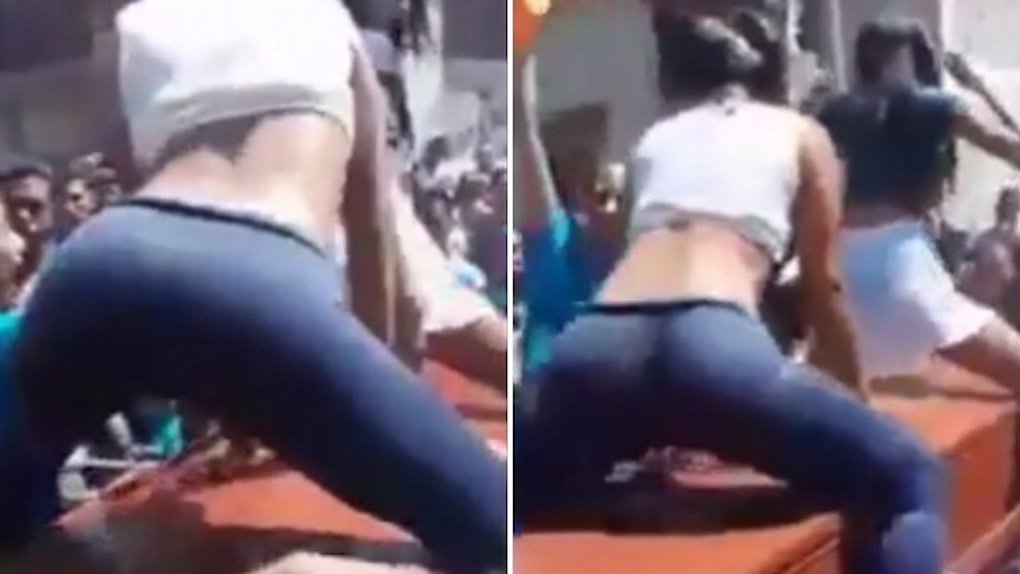 These 2 Women Twerked On Their Uncle's Coffin

Grief is a funny thing. For some people, it encourages them to work hard on any distraction that they can. For others, they can obsess about their sadness for days on end in bed.

Some apparently handle grief by twerking on their loved one's coffin.

To each their own -- but honestly, I don't think I can condone this kind of action. Especially because, according to DudeComedy, the coffin belongs to their uncle.

Oh, also, another woman pours water on their white T-shirts during the act.

I was going to write a joke like: I don't know what's worse: the girls literally rubbing their private parts on a coffin that houses the dead body of their uncle or the tacky transition animation in between the clips!

Because the answer is obviously the private parts on the coffin.

I certainly hope my death is met with the same joyous celebration. Not that people are glad I died, but that they wanted to celebrate my life in a sexy way.

But if those women truly are his nieces, then I HAVE A LOT OF CONCERNS AND QUESTIONS, AND I AM UNCOMFORTABLE, SIR.

Hopefully, when I am called to the great beyond, my family will silently ignore my love for twerking and wet T-shirt contests and not bring that to the funeral.

In fact, consider this my living will.

Once I, Hope Schreiber, kick the bucket, please respect my wishes after I am gone, and get my body stuffed by a taxidermist so that it's sitting fully upright, double-fisting a beer can and a shot of hard liquor in the back left corner of my own funeral.