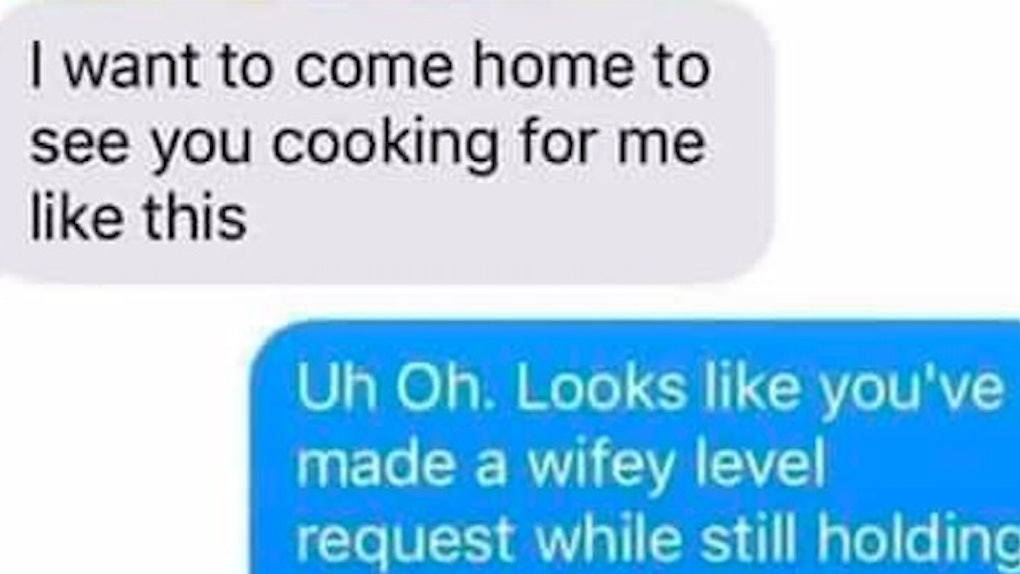 Women: So, you really want to know what men want, right?

No, it's not looks like Blake Lively's or an ass like Kim Kardashian's. (But those things help, obvs.)

The main thing is a good sense of humor.

I know, I know: It sounds so clichéd. But honestly, when you strip everything back, every guy is just after a girl who has phenomenal wit. It's as simple as that.

Trust me: It's so hard to find. It's almost as difficult as catching the Golden Snitch.

Also, know that I'm not talking about standup comedian humor. Don't start cranking out the gags like you work in a joke shop. That's just too hard to keep up with.

The best kind of humor – the type of humor I'm attracted to, anyway – is witty sass. I'd describe it as having the ability to shut someone down with playful hilarity.

The best example of it is this girlfriend shutting down her man's sext:

Dude: If you don't marry her, I will.