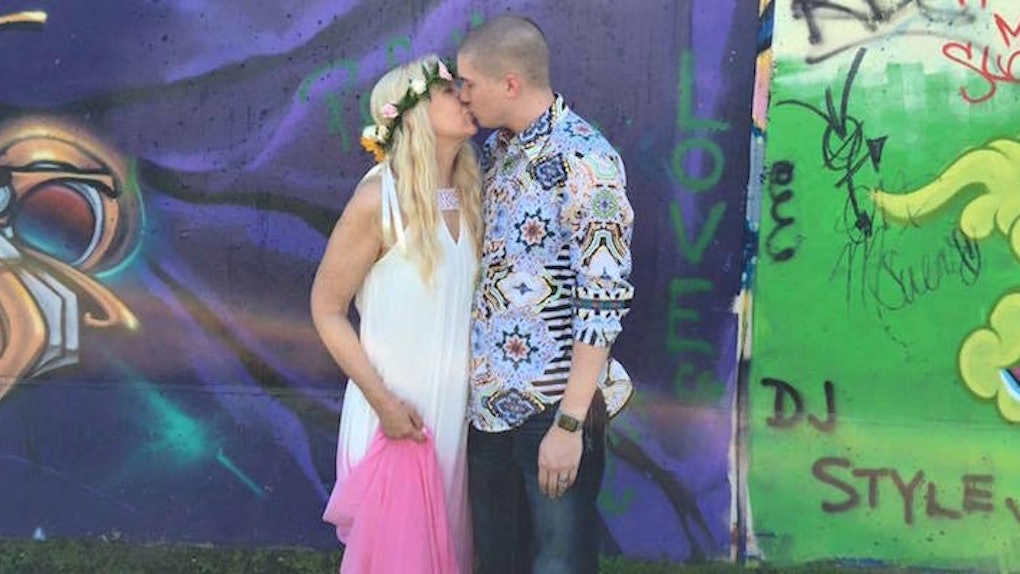 The last time I received a wrong-number text, I pretended to be Barbara Walters, and it lasted for a few hours.

That exchange did not lead to marriage, but Kasey Bergh and Henry Glendening's did.

In 2012, when then 53-year-old Kasey Bergh got stood up for a meeting on a business trip in Denver, she texted a number she believed to belong to an acquaintance.

The number actually belonged to Glendening, and the then 23-year-old responded he was “down to hang.”

Rather than stop the conversation short upon realizing her mistake, Bergh continued chatting. The two quickly became close and kept corresponding until, eventually, Bergh revealed her age to Glendening.

In an interview with the St. Louis Post-Dispatch, he said,

It really didn't make any difference. We were so connected at that point through deeper stuff… From the very, very beginning it felt like we were on the same wavelength.

With everything on the table, the pair met for coffee, which then led to drinks, and ultimately, Bergh and Glendening realized they stumbled upon something profound.

Until the fateful text mixup changed everything, a divorced Bergh spent six years certain of her eternal singleness.

I had totally embraced I was single and that I never needed a guy. Then I met Henry.

Certain of his love for Bergh, Glendening moved out of his parents' house and in with Bergh just two months after striking up a romance.

Bergh helped her beau begin his career at a digital agency, and in June 2014, Glendening proposed to her in the restaurant where they met for their first date two years before.

The unlikely lovers wed this past summer, standing before the colorful floodwall of the Mississippi River.

Though strangers sometimes mistake the pair for a mother and her son, the 30-year age gap still doesn't ruffle Glendening.

You can't blame them. It's not a relationship you see very often. One that defies the age stereotype.

The couple now enjoys a life together in St. Louis.