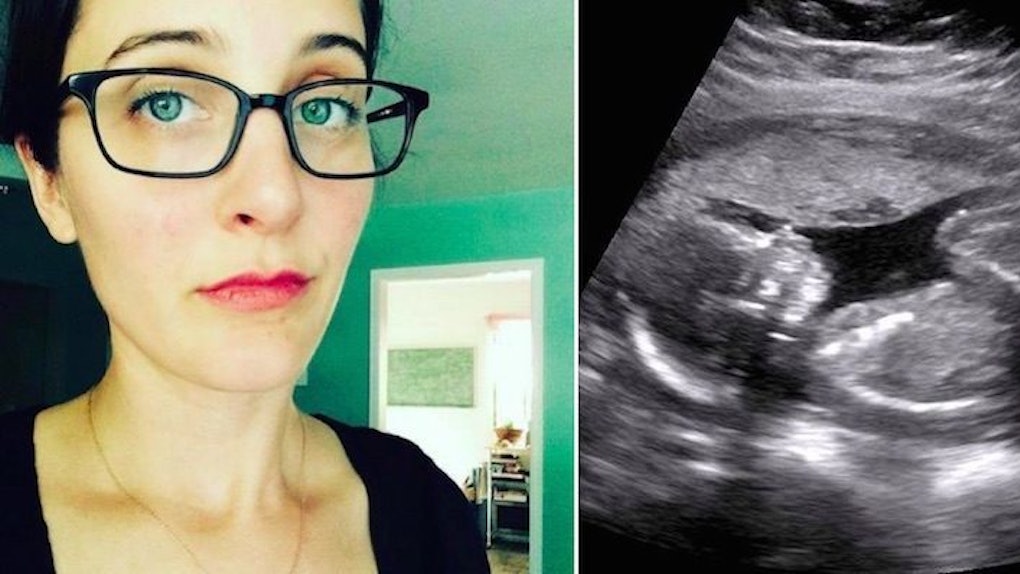 Asking people about their existing children is exhausting enough, so the idea of asking anyone about his or her plans for future children sounds, to me, like the most boring conversation ever imagined by mankind.

Somehow, many disagree and have for centuries, which has made the question, “Are you thinking about having kids?” an irritatingly commonplace social land mine to be dodged by 20- and 30-somethings from all walks of life.

Ann Arbor resident Emily Bingham recently decided “nah, pass” on the discussion completely and shared a now viral Facebook post to remind others its none of their damn business if a fellow human decides to abstain from parenthood or shoot an endless parade of babies out of her lady parts like a circus cannon.

The post has been shared nearly 42,000 times by users who agree with Bingham's statement.

In the September 20 post, which also featured an ultrasound photo, she wrote,

Now that I got your attention with this RANDOM ULTRASOUND PHOTO I grabbed from a Google image search, this is just a friendly P.S.A. that people's reproductive and procreative plans and decisions are none of your business.

The freelance writer cites infertility, miscarriage and relationship issues as reasons to butt out and let one's friends and loved ones plan families (or not) in peace.

In an interview with "Good Morning America,” the Michigan State University graduate reportedly claimed comments made by her boyfriend's family prompted the post. She said,

I had had dinner with some of my boyfriend's family, and someone had made a joke about grandkids, pointed at me, and it wasn't the first time I'd had somebody make a comment like that. I'm 33. I've never been married. I've had people say things like, 'You're getting older, do you want to have kids? Your clock is ticking.'

Ask someone what they're excited about right now. Ask them what the best part of their day was. If a person wants to let you in on something as personal as their plans to have or not have children, they will tell you.

Sorry, well-meaning grandmothers, but it's time to find your chill.