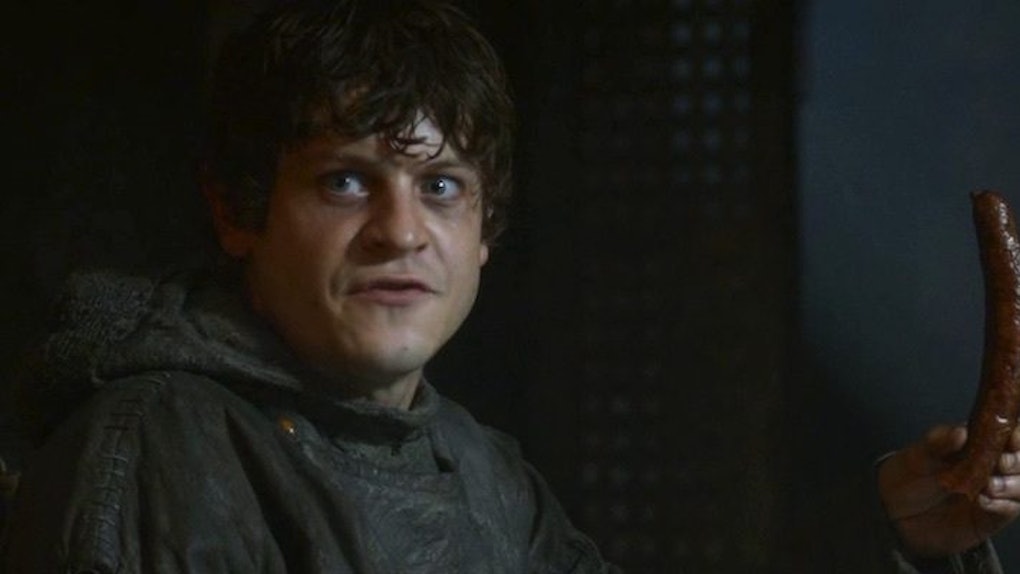 If I ever found a cooked penis in my meal, I don't think I'd ever eat again.

A woman from Ghana thinks she found a toasted male genital organ in her food order, and the pictures she took of the mysterious meat look undeniable.

According to Metro, the unlucky customer, who's named Akousa, ordered a traditional dish of Accra, Ghana called Tuo zafi.

After devouring almost everything on her plate, she noticed a large "sausage" that looked scarily like a human penis and immediately stopped indulging.

Instead, she snapped pictures of the alleged male member that was covered in sauce.

She reportedly spoke with local media about her cock-like meat discovery, and said,

I had eaten all the other meat in the soup and was about finishing off with the biggest piece when I noticed the funny looking meat which looked like a male genital organ.

In other words, she came pretty damn close to devouring the supposed penis at the bottom of her dish.

Her brother suggested they contact the police and send it to a "meat" lab to be tested.

Apparently, it's still sitting in her fridge in case it's needed as evidence for an uncovered crime.

Akousa allegedly talked to 3news.com about the process they'd need to endure to get to the bottom of this case, and how it'd be even harder to find information about the meat as it's already been cooked.

My sister opted to show it to a lab technician friend later, who said because the meat was cooked, an ordinary lab test wouldn't be able to prove it to be animal or human. He advised a forensic test be done on it but considering the bureaucratic processes these things go through, we gave up.

NOPE. SO MUCH NOPE.