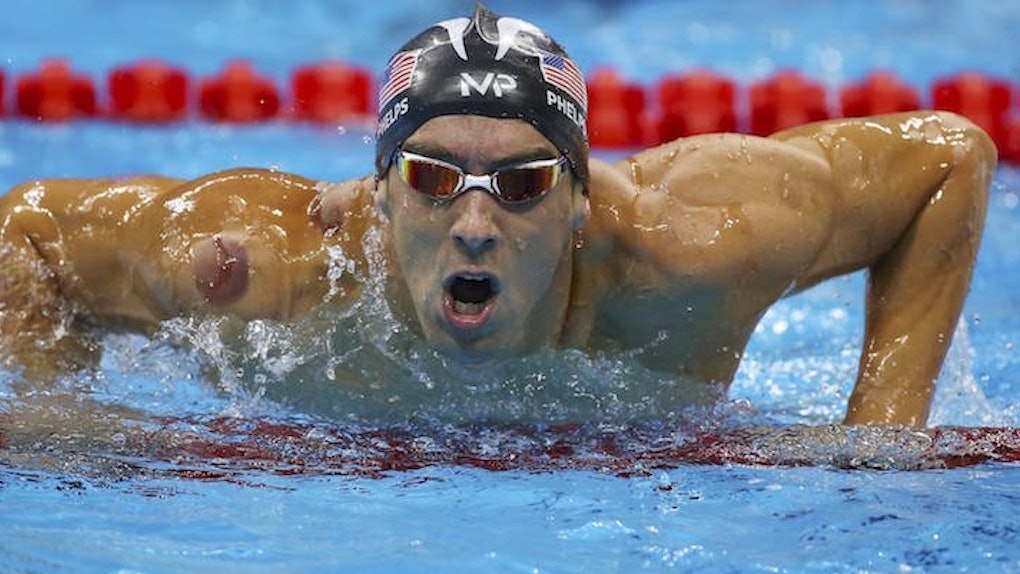 Look at all you sheeple — gathering around your computer screens in the hope of seeing Michael Phelps' genitalia.

Well, I've got news for you: Not EVERY wardrobe malfunction means exposure of the bum, penis, vagina or boobs.

So put your tongues away and stop breathing heavily. You're embarrassing yourself.

It's not a wardrobe malfunction in the traditional sense, but it's still pretty funny.

Yep, I'm talking about his cap (the key to all his power).

It snapped right before Phelps did the 4x200m freestyle relay. But that didn't stop him from dominating. Phelps took home his 21st Olympic gold medal.

I know what you're thinking: "Why is Phelps wearing two caps?"

It's a fashion thing.

The first is your traditional smoothing down hair cap, and the second is actually quite a new piece of gear. It has a silicone coating that reduces drag.

Have an awesome day.