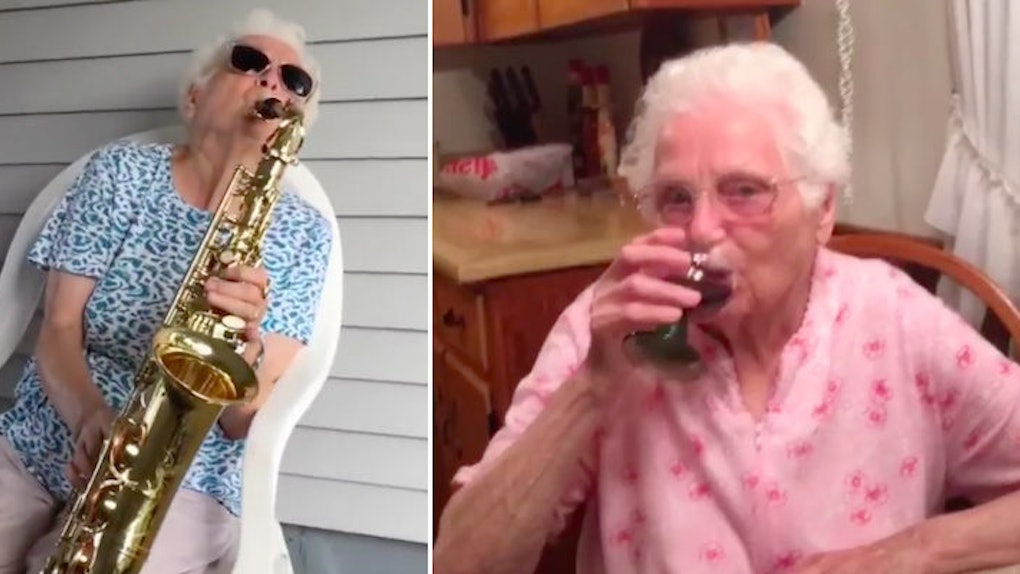 I don't care if you think your grandma is the bee's knees because Ross Smith's 90-year-old grandma is taking over the internet and warming all of our hearts.

She's seriously adorable and really knows how to have a good time.

Smith documented a wild weekend at his grandma's house on Snapchat, which has been viewed over 19 million times.

We get to see her jamming on the saxophone...

Smith's grandma is even cool with drugs and stripping.

When he tells her he's going to pick up some drugs and asks if she needs any herself, she says, "I have more than enough."

Smith also pitches the idea of becoming a stripper to her, to which she replies, "Who am I to judge?"

Seriously, this granny is awesome.

She gives sound advice, too. When Smith tells her he's going to hit up some casinos, she urges him against it because he shouldn't waste his money.

But this isn't the only wild weekend Smith has had with his internet-famous grandma. By scrolling through his Facebook page, it's obvious he hangs out with her a lot.

To be honest, if we had grandmas this cool, we would, too.

Meanwhile, the rest of us are playing Scrabble and drinking tea when we visit our grandmas.

Would your grandma be game for drinking and dancing? I guess you could always ask.