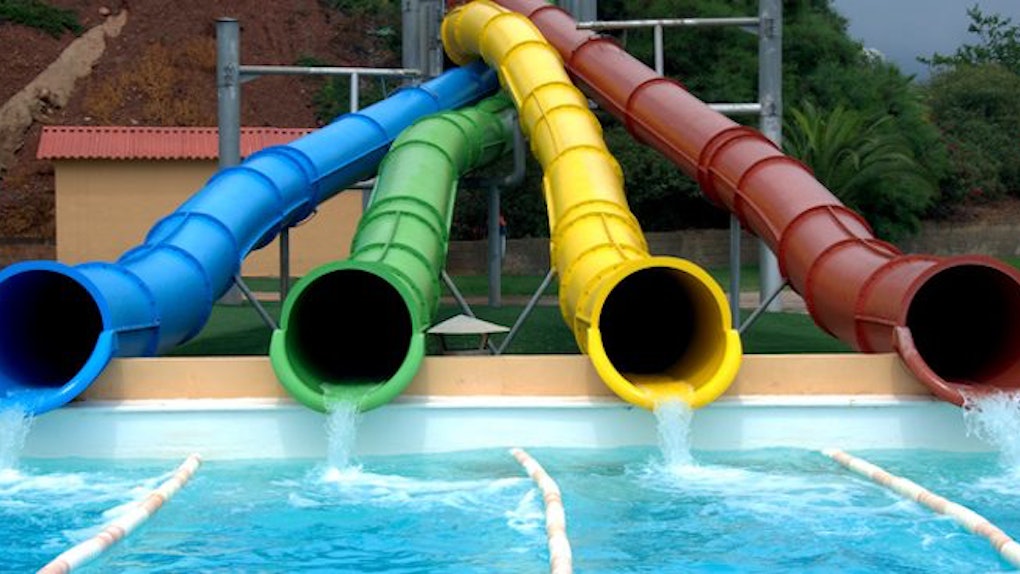 Tweet Of Man Sliding Off Waterslide Into DMs Goes Viral

When it comes to sliding into somebody's DMs, I'm no stranger.

In fact, I've shamelessly messaged guys and initiated conversations without remorse on multiple occasions. Unless you're being a super creep, there's no reason to shy away from saying "hello" to a crush via Facebook or Twitter.

One time, I slid into a guy's DMs and started dating him shortly after. It was awesome, and he thought what I did was pretty freakin' ballsy.

If you're inspired by my romantic DM experience (don't lie -- I know you are), give it a try for yourself this summer and slide into your crush's messages.

However, if you need some guidance, Twitter has your back.

A tweet that recently went viral shows a video of a man setting a perfect example of how you should slide into your potential bae's DMs, and it's seriously impressive.

The video was shared by Morgan Evick, who wrote, "Slidin' (literally) in the DM's like..."

I know... my mind is truly baffled at his sliding skills, too.

How did he do that?! Was that even possible?! Who is this mystery sliding man?!

Regardless of our unanswered questions, the tweet has gone viral in a matter of days and has already gotten more than 152,000 likes and 84,000 retweets.

Morgan is right, though. This is exactly what sliding into your crush's DMs is going to look like this summer, and Twitter is seriously impressed.

They're pretty much speechless.

Some people are stunned by his smoothness.

Others are trying to figure out how such a stunt was possible.

Based off one of Morgan's recent tweets from June 5, she filmed the sliding man at a resort and is yet to let him know that he's Twitter famous.

Not only is he Twitter famous, but he's also teaching the internet how to properly slide into someone's DMs without fear.

Slide away, my friends.