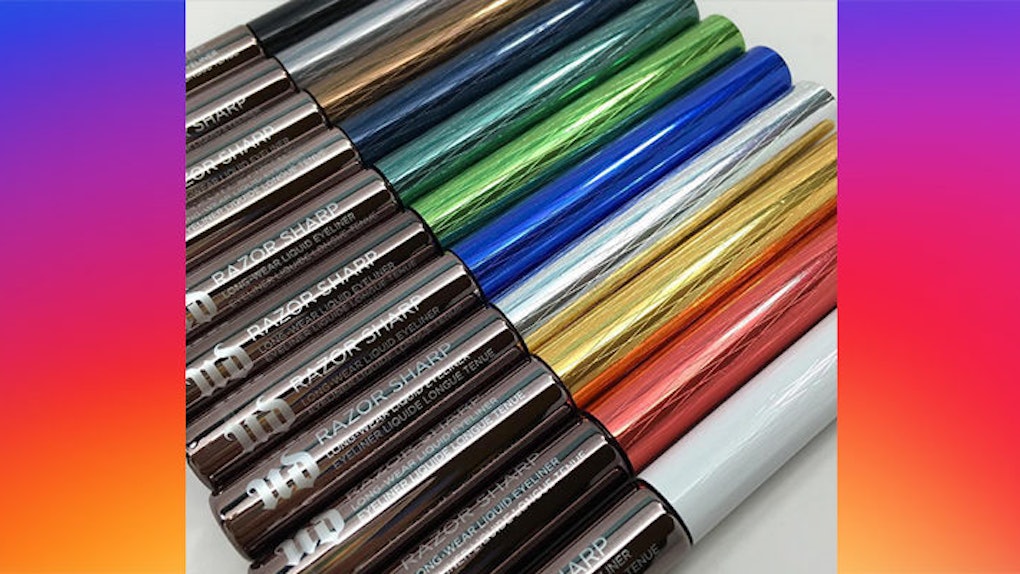 Urban Decay 'Didn't Intend' To Make Fun Of Self-Harm, But Twitter Is Mad

On Wednesday, Urban Decay tweeted out an ad for its new Razor Sharp Eyeliner with a picture of swatches.

Unfortunately, the image of swatches on the model's forearm along with the name "razor sharp" wasn't something the makeup brand's fans on Twitter were really into. And this was compounded by the fact Urban Decay didn't take the tweet down immediately, which only made fans more upset.

People pointed out the ad was incredibly "distasteful" and possibly triggering for those who struggle or have struggled with self-harm.

It's hard not to see it.

Shortly after receiving backlash from fans, Urban Decay tweeted out a message acknowledging this unfortunate coincidence.

Like I said, people were not happy about how long it stayed online.

Obviously, some fans knew Urban Decay didn't mean it in poor taste. The forearm is simply the part of the body people usually put swatches on.

Still, people thought it was effed up.

Self-harm is absolutely no joke, and people are incredibly quick to point out when their favorite brands release ads that aren't quite kosher. At least Urban Decay didn't ignore its fans and tweeted out the response.

In the future, I'm sure the company's advertisements will be slightly more sensitive.