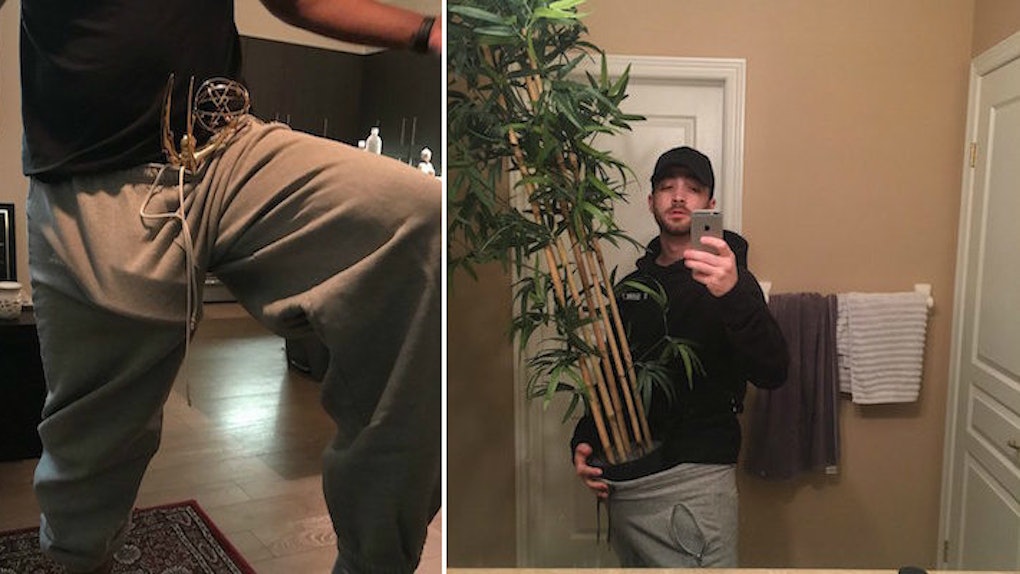 I think most of us can agree there's nothing sexier than a guy in a black tuxedo.

To be honest, I have no actual idea how the heck a black tux can exude such a seductive power, but it freaking does it like pure magic.

It's a timeless trend like no other, and really works it for us girls.

But last season, people were going seriously wild over guys in gray sweatpants. It's an entirely different look, but on the oh-so-sexual scale, it's almost on par with the black tux (in my opinion).

Let me tell you, these pictures that swept the internet were really too steamy to handle. People were losing their damn minds to complete and utter sexiness.

Why not kill two birds with one stone while being super comfy and also hot AF at the same time?

As this November comes to a close, it seems like the gray sweatpants trend is making a comeback the same time this year, too.

People on Twitter started the Grey Sweatpants Challenge, where guys showed off their ~assets~ in gray sweatpants. What started as a sexy, seasonal trend, turned into something really hilarious.

Girls even joined in on the challenge, too.

This Twitter user has mad jokes, captioning his picture, “They gon say it's a water bottle. But haters gon hate.”

This guy shut the #GreySweatpantsChallenge DOWN with, “Haters gonna say its a vacuum or whatever, but we gonna let them hate tho.”

Look at this guy's massive… keyboard piano, though.

Not going to lie, this huge tree is v. impressive.

But who's the real winner here? I'll let y'all decide.

(Pretty sure we all win.)