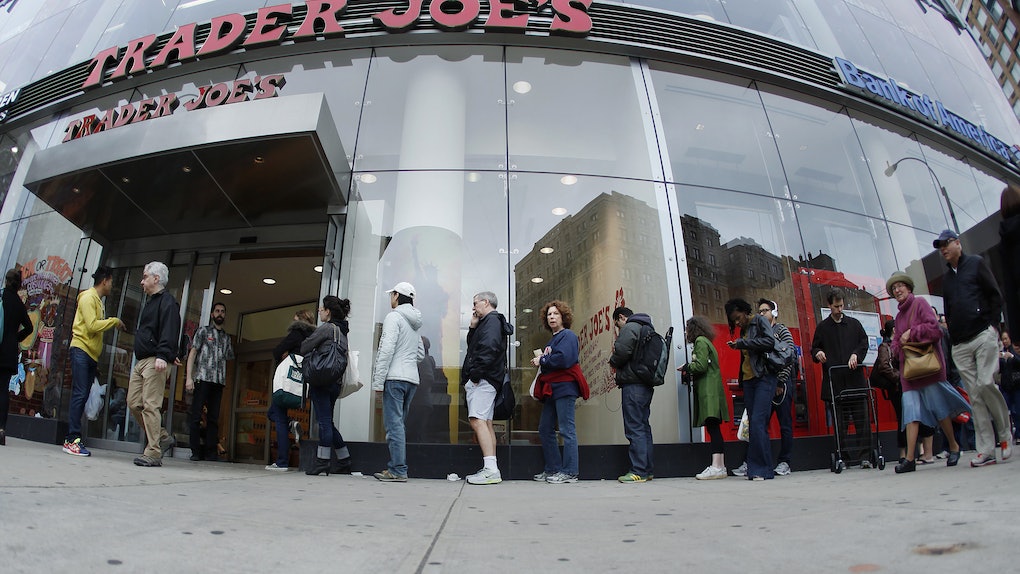 In case you weren't grossed out enough by the fact that it's Monday and it's swelteringly hot outside, you now have another reason to want to vom.

Trader Joe's — aka THE place to get $2 wine and the best cookie dough known to man — has just been fined $500,000 for having janky refrigerators.

According to the Environmental Protection Agency and the Justice Department, TJ's fridges leak R-22, which is a coolant that contributes to global warming 1,800 times worse than carbon dioxide. Pretty great, right?

On top of the half a million dollar fine, the birthplace of Two Buck Chuck will pay $2 million dollars to fix its fridges. Don't worry, your frozen tikka masalas are safe, everyone!

The best part? TJ's new fridges will have an average leak rate of less than half the industry standard, which will be the equivalent of plucking more than 6,500 cars off the roads. The updates will happen over there next three years, so don't expect anything too drastic in the near future.

There's also no word yet on whether or not your local TJs will close down for a couple of hours or days (depending on how long these things take to install) when the renovations do happen. But it's for the good of the planet, so that should be a valid enough reason to throw off your weekly routine, right?

Until then, keep lining up for free samples of mini meatballs and chugging your cheap-ass wine.