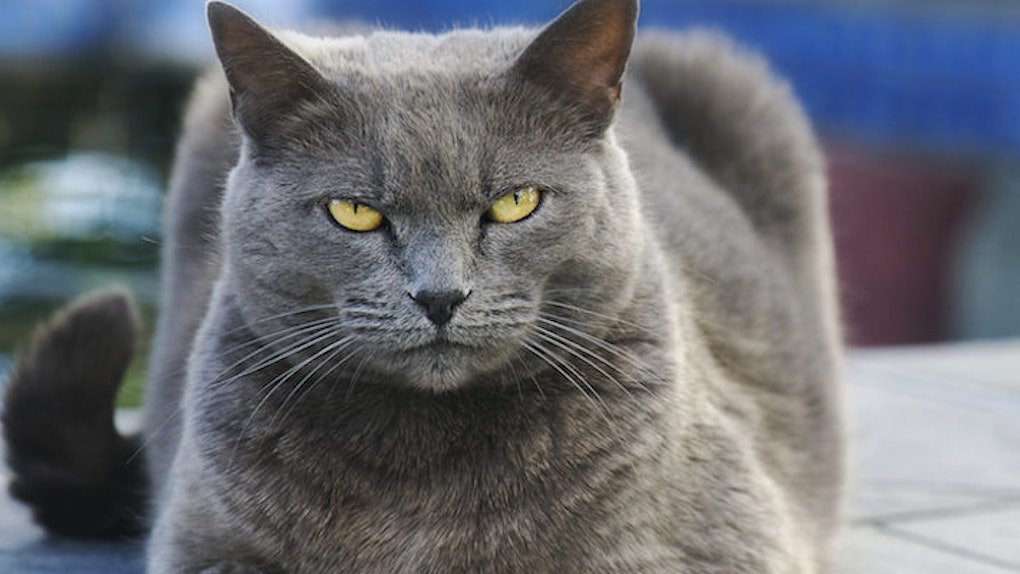 One Texas high school is facing some serious backlash after a video surfaced of 11th and 12th grade students using cat intestines as a jump rope. In the video (posted above), you can see several students gleefully slinging around cat intestines like it's no big thing -- in a classroom no less.

If you're currently thinking "What the actual f*ck is going on here?!" you're not alone. Samantha Suiter, PETA's Science Education Specialist, told Complex,

The disturbing video of Winston Churchill High School students heartlessly jumping rope with a dead cat's intestines and the hate-filled social media comments in support of the school illustrate why PETA and others feel that dissection fuels a lack of respect for both animals and humans. While we support the school's decision to end the use of intestines as jump rope, we're dumbfounded that an animal's entrails were used this way in the first place and that the practice was then defended.

The fact that the school immediately defended the practice instead of releasing a public apology may be the most appalling part of this bizarre story. Aubrey Chancellor, a spokesperson for the North East Independent School District, said to Complex on Wednesday,

This was not meant to be disrespectful or degrading. In fact, the students and the teacher are very upset it's being portrayed that way.

According to Chancellor, the intestine jump rope stunt was merely a way for students to learn about the strength of cat organs. As she feebly explained,

The teacher participated in the same lesson during her college courses. However, we understand that best practices change over time and we believe there is a more appropriate way to demonstrate the concept.

Uh, ya think? Instead of merely discontinuing the use of cat organs as playthings, let's go one step further and ban the physical dissection of animals altogether. As an adult now working in media, I can say I got absolutely no benefit from slicing up frogs as a kid.

Especially now that virtual dissections are easily accessible, we're fresh out of reasons to keep the outdated practice in our high schools. Unless inhaling formaldehyde is your thing, in which case, please seek help.