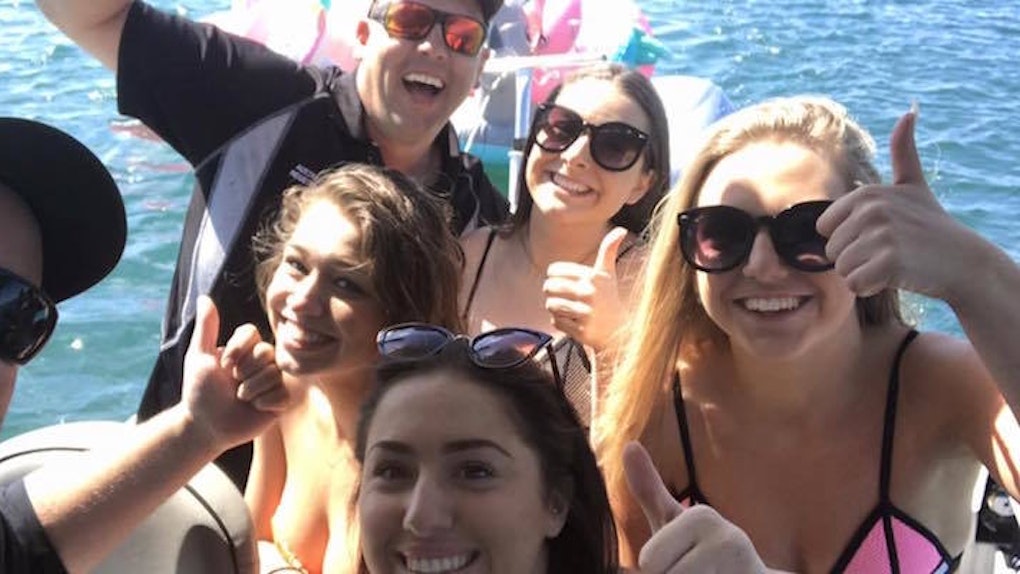 Teens Get Stranded At Sea On Flamingo Floaties

This entire summer, not a day went by that I didn't hopelessly dream of having a pool just for the sake of buying chic pool toys to float through my favorite time of year. #SorryNotSorry

Why not work on your base tan while living it up in style, am I right? Multitasking at its finest.

Hot pink inflatable flamingos and whimsical unicorns were all the rage on Instagram this summer, and I couldn't help but feel like I was hardcore missing out.

The FOMO was so real it hurt.

Celebrities and fashion bloggers everywhere blew up Instagram with pictures of them relaxing on their cool swan floaties in lavish pools and exquisite beaches -- looking all trendy AF/badass.

NOT JELLY AT ALL.

I just wanted a blow-up pizza floaty, OK? Is that too much for a gal to ask?!

TBH, I'm such a floaty fanatic, I wouldn't even need a pool to enjoy it. I would casually bask in the sun while lounging with my vibrant pink flamingo on the grass and be v satisfied.

Just give this chick a piña colada to sip on and she's all set for the afternoon.

If you don't gram it up while you're on your floaty, you're certainly missing out.

The group of girls (and their squad of two flamingos, a dinosaur and unicorn floaty) were discovered 0.3 miles from the shore after they drifted out to sea. The water was apparently infested with sharks, too, so that's a bit terrifying.

Four schoolies have been rescued after drifting almost half a kilometre out to sea on inflatable animals. #7News https://t.co/QmEfGDYi4J — 7 News Melbourne (@7NewsMelbourne) November 30, 2016

One of the girls revealed,

We just wanted to get a few good Instagram pictures, and it turned out we drifted nearly all the way to the other island.

Another began to suffer from a panic attack once she noticed how far AF they had floated from shore.

The group ended up being saved (thank the LAWD) by a fisherman named Alex King and his friend. The duo was searching for squid when they found the girls.

As soon as we approached them, we figured they were in a bit of strife. And at first they were like, 'Thank God you're here,' because there was no one else on the water.

In the end, the girls still ended up crushing the picture game, though.

Citations: Teens who drifted out to sea on inflatable toys rescued by fishermen (Mashable)