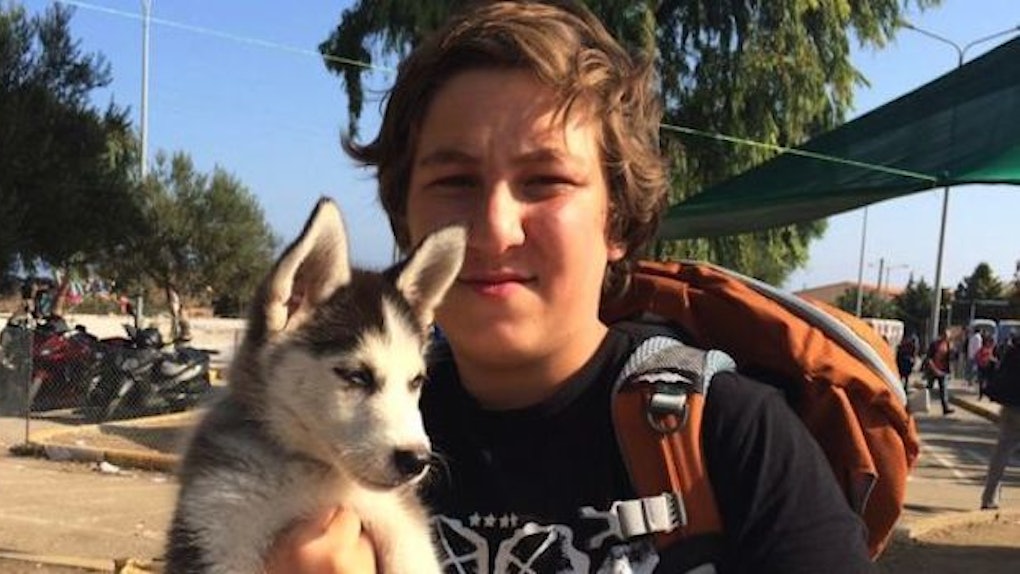 A powerful short video shot in Lesbos by the UNHCR that features a teenage Syrian refugee who carried his dog about 310 miles to the Greek island is making waves on social media.

Aslan, 17,  was reportedly living in Damascus when war broke out, forcing him to flee his home on foot.

Being an avid animal lover, Aslan made the decision to grab his dog, the dog's travel crate and a backpack full of essentials he needed for the journey.

When members of the United Nations Refugee Agency caught up with him, they asked Aslan about his choice to bring the pooch, Rose, with him on his trek to safety.

I love my dog!"Some people will ask - you have only a small bag?""Yes.""And you bring your dog?""Yes.""Why?""I love my dog!"Many animal lovers will relate to this 17-year-old boy from Damascus, Syria. And we've seen many like him carrying their animals with them on the long journey from Syria, across the Mediterranean Sea and through Europe. When forced to flee home because of war, many people would never dream of leaving their pets behind. Posted by UNHCR on Saturday, September 19, 2015

THE PUPPY HAS A PASSPORT!

The video description points out Aslan isn't the only refugee who grabbed his pet before fleeing Syria.

The UNHCR claims it has seen many others make their ways from the war-torn country and cross through Europe with animals in tow.