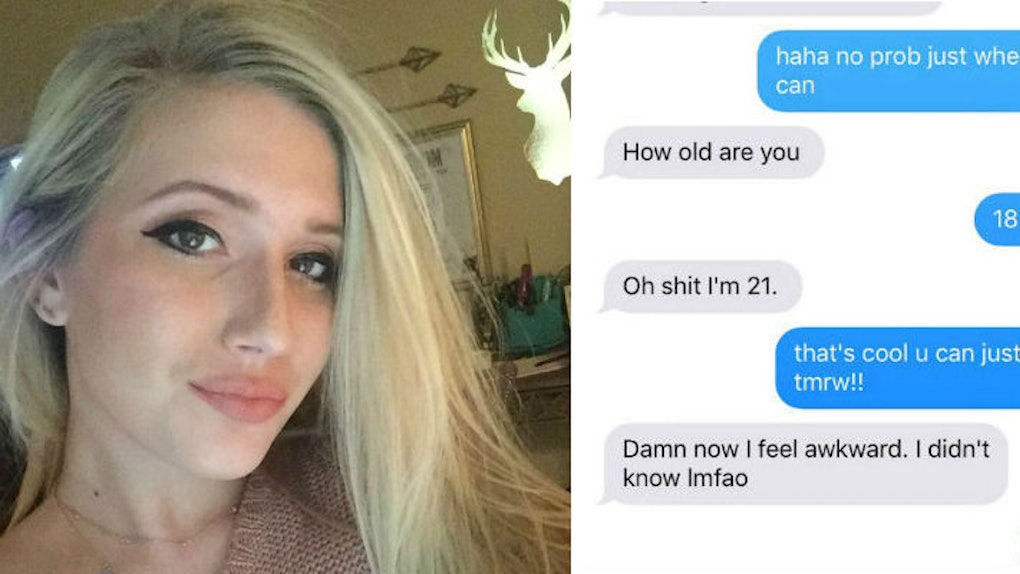 Teen Got Creepy Answer When She Asked For Homework Help

Leave it to dudes to take an innocent situation devoid of any sexual subtext and fiercely creep it up. Seriously, what is wrong with guys?

One 18-year-old girl, a student in Texas, asked for homework help -- a PDF -- from a gentleman in her class who was not so gentlemanly in his replies:

I have so many questions: Why does this guy immediately ask for her age? Like, does he think he can just "A/S/L?" this situation in a non-creepy way to flirty fruition?

WILL SOMEONE GET THIS GIRL AN IPHONE CHARGER?

Also, how did this guy infer that some sexy time was going down just from the fact that she was asking for a PDF? Does he think that PDF is an anagram for "Penis Doin' Fuckin'?"

If you thought the awkward, failed attempt by this guy to engage in some playful banter stopped there, you'd be very wrong.

He then tried to suggest that his giving her the PDF would be perverted because she was 18 years old? Honestly, I'm at a loss. HOW ARE PDFS SEXY? DO YOU HAVE TO BE OVER 18 TO HAVE PDFS?

The 18-year-old, Twitter user Sav Gibsion, ended up posting the exchange on the social media website and it went very, very viral.

Needless to say, the guy in question, whose name was removed from the text message posted online, was none too pleased with the fact that his creepy attempt was so widely ridiculed.

Ah, yes, what a gentleman this guy calling her a "bitch" is. He's a regular ole Mr. Darcy, this one.

May this serve as a parable for any and all dudes out there who think a girl asking for homework help, assistance or (dare I say) a PDF is somehow trying hit on you.