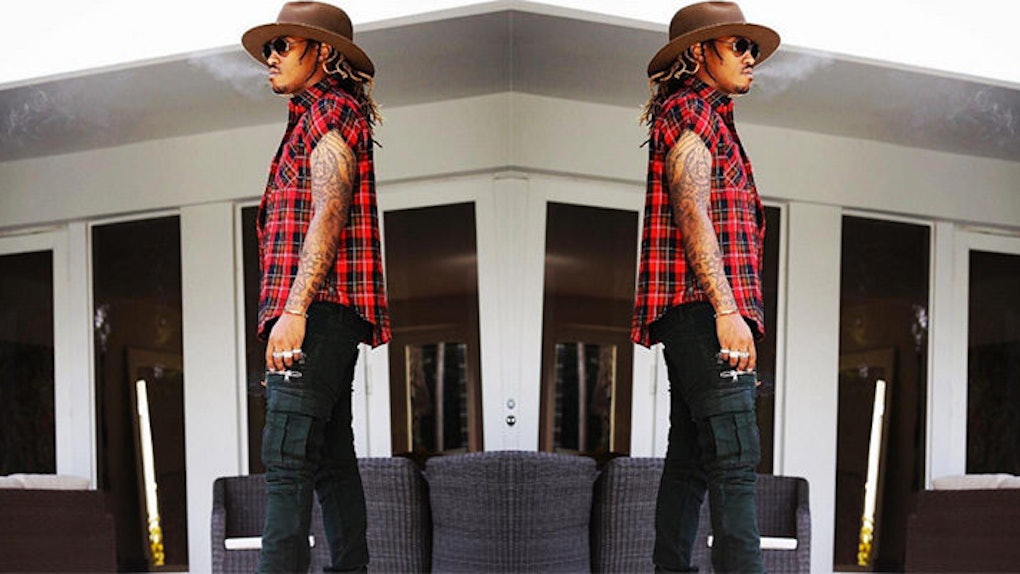 There are few rappers on Future's level this year.

His songs about putting thumbs in the booty reached commercial success in ways nobody could've predicted. His trendsetting moves are reflected all throughout today's youth.

One Target employee is clearly a Future Hendrix fanatic, as he was snapped on the job looking exactly like his idol.

Some people are convinced the rapper actually got a part-time job and it's him, but they're buggin'. Either way, everyone should make like Future and put the "dirty soda in a styrofoam."

The comparisons between the rapper and employee are hilarious and endless.

But really, this Future persona is helping the young man with his job.

Responding with Future lyrics is actually the best customer service I've ever heard of.

Because as the customer, I'd be buying all this sh*t.

You already know Future would be dishing out all of the craziest deals.

It's a wrap for Alex from Target now.