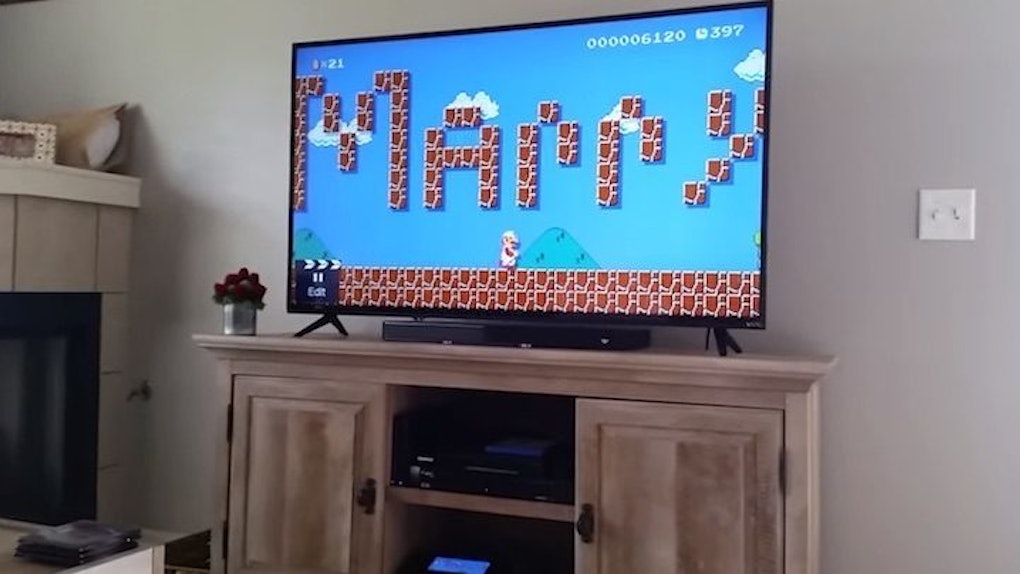 I'm not really one of those people who gets all teary and touched by emotional proposal videos. I mean, maybe I have a heart of stone, but they all kind of look THE EXACT SAME to me.

While I'm sure it's an extremely emotional and special moment for the couple involved, unless I'm the one getting the giant diamond in the clip, I could really get through my day without seeing a string of sappy videos.

But, this one is different. This one involves Nintendo, and the 10-year-old child inside me will never tire of watching someone dominate levels on Super Mario Bros.

Tech wizard Shane Birkinbine used a program called "Super Mario Maker" to customize a level that he then had his girlfriend, Pam Edwards, play.

As he gently guides her through the level, offering helpful tips, he points out her name is actually spelled out in the blocks, along with a certain question.

But, guys, this is Mario Bros, so while she, of course, said "yes," she also finished the level like a true champ.

Having grown up with two very competitive brothers, I have to say the most incredible part of this entire video is really just that he's letting her play the game in the first place and giving her helpful suggestions to guide her through completing the level -- rather than taunting her so she loses and he gets a turn.

I hope they ride off into the sunset on a Mario Kart.