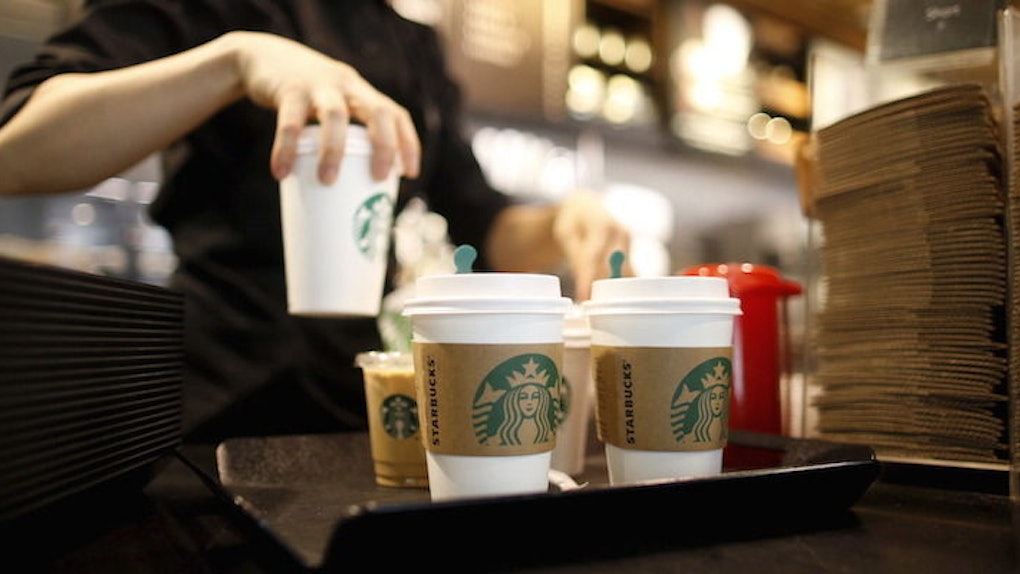 The name written on this Starbucks cup will blow your f*cking mind.

The people of the Internet are mildly obsessed with pictures of stuff  they can't wrap their heads around.

Remember the dress? That thing got more traction than most foreign political elections. Be honest with yourself, did you care more about who is the current king of India or what color that dress was REALLY?

You're lying. You know how I know? India doesn't have a king. It has a prime minister and a president, and I know that because I had to Google it because instead of just KNOWING that natively I was arguing with my sister about the color of the f*cking dress!

JK, I knew the president thing. I didn't know India had a prime minister. That's interesting and stuff, but it's not as interesting as this cup signed by a Starbucks employee.

Starbucks employees BARELY get my one name right. How they got two names right in one shot will never not baffle me.

Maybe this Starbucks employee is some secret calligraphy prodigy waiting for a retired calligraphy master who left the business because of a crippling opium addiction to walk through that 'bucks and show him or her a life he or she never knew existed.

More likely this is just one of those odd happenstance things, but one can dream.

Citations: People Are Freaking Out Over This Starbucks Cup That Says 'Anne' On the Outside and Julia On The Inside (Cosmopolitan)