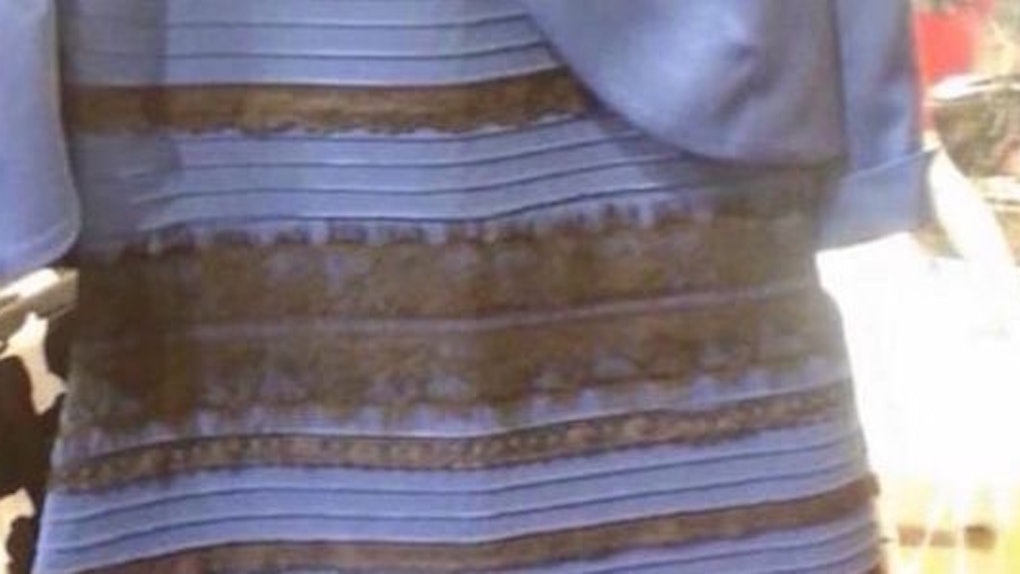 What F*cking Color Is This Dress?

Today started like any other Thursday, but quickly unraveled into pure chaos.

First, two llamas escaped in Arizona and led police and the world on the most exciting low-speed chase since OJ Simpson's 1994 pursuit.

Then, in a twist that should've trumped all others, Kanye went on an apologetic Twitter "rant," in an attempt to make peace with Beck and Bruno Mars.

That's plenty of action for a Thursday; we can call it a day, right?

Out of the depths of Tumblr comes the most dividing question of our entire lifetime: Is this dress black and blue or white and gold?

Initially, I was convinced it was black and blue, and anyone who thought otherwise was crazy.

When checking the photo again 20 minutes later, I saw nothing but white and gold.

Everything I know is wrong. The llamas were captured, Kanye's pretty chill, and I have no idea what color this dress is.

Here's to an easy Friday.