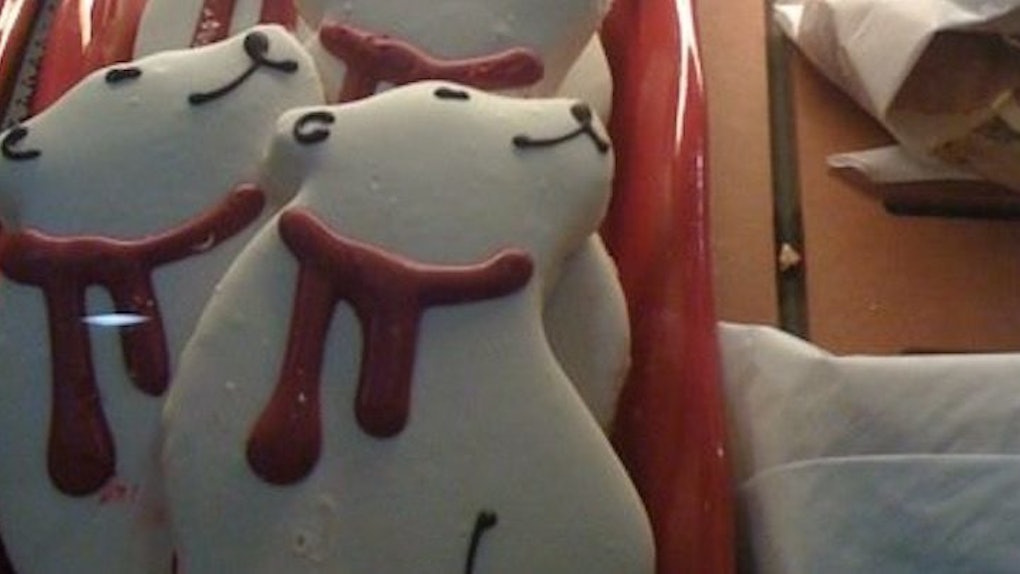 People Are Freaking Out Over These Discontinued Starbucks Cookies (Photos)

People are really not digging Starbucks this holiday season.

Three days ago, Redactor fugaziozbourne posted a photo of the festive cookies to Imgur, along with the observation that the red-scarf wearing bears “look like they've all had their throats slit.”

The post quickly racked up millions of views, and social media users were quick to comment on the violent allegation.

While others seemed to be poking fun at the ridiculous controversy.

A lot of people were talking about it.

These Starbucks polar bear cookies looking like their throats are slit makes me glad to be alive. pic.twitter.com/fmCMAXOCQz — Andrew Dyce (@andrewbdyce) December 10, 2015

But according to Starbucks, the cookies were discontinued in 2010…

Ok so Starbucks gets rid of their Christmas cups then they slit polar bear throats on their cookies? pic.twitter.com/L9EhaLq1lc — Davin Lee (@davinreader) December 11, 2015

Which begs the question, why even bring it up?

Maybe this isn't a war on Christmas, but a war on Starbucks.

Attackers, back down. Starbucks will win.

Citations: Discontinued Starbucks Polar Bear Cookies Are Getting Dragged Into Another War On Christmas (BuzzFeed)