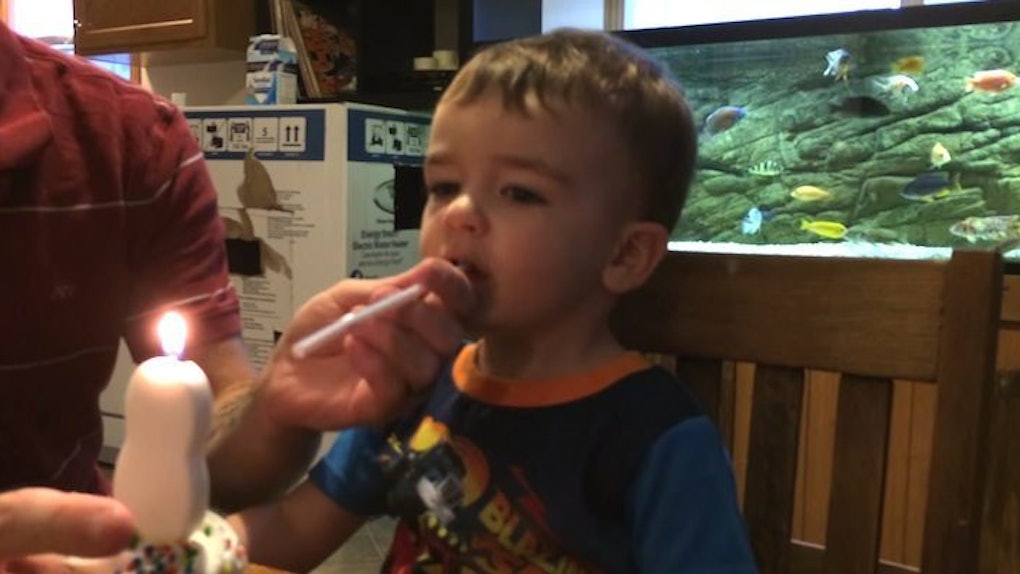 Being a father is all about teaching your kid he or she had the lung capacity to achieve great things all along.

In a video from Marty’s second birthday, all he wants to do is blow out the candle on his cupcake and dig in for gosh’s sake.

He tries making the “F” sound.

He tries putting his nostril over the flame and just about sucks it up into his brain before his dad intervenes.

While most dads would toss some extra air to their sons and help extinguish the flames, Marty’s dad knows it’s important to let his son accomplish this with his own tiny breaths.

He does, however, enlist a shortcut.

Jury’s out on how confusing Marty will now find sippy cups.