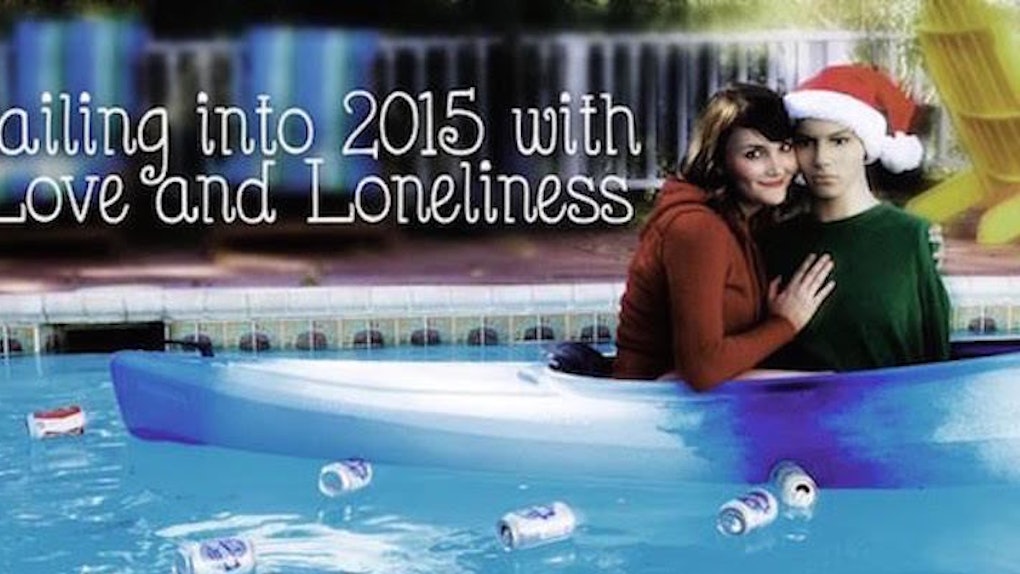 While some people decide to live out their singlehood in miserable silence, Bridget really grabs it by the horns and shoves it in everyone's face in the most hilarious way possible.

How is that, you ask? By making the most baller holiday cards you've ever seen.

In an interview with Buzzfeed last year, she explained her inspiration behind the cards. All four of her siblings were married and she was the last single one left In their family holiday card.

The following year, she told Buzzfeed, her parents decided to send out a holiday card without her. And that's when genius struck.

She said in the same interview, "Acting as the youngest child, I threw a fit and decided to do my own to get back at all of them."

And, boy, did she show them.

Allow me to introduce you to the greatest holiday cards that have ever come into existance.

2010: Bridget chugging wine out of the bottle alone by the fire place.

2011: Photos of Bridget at a tea party with her stuffed animals new family.

2013: Bridget passed out in a forest wearing a Santa hat and jammies.

2015: Bridget gets a wine-loving chicken.

2016: In this year's card, Bridget straight-up tells it like it is.

I think that one was the best one yet.

No matter what your favorite is, you have to admit these rocked.

Bridget seems like a really nice girl and I had to talk to her to get permission to use these pics (yes, you guys, I spoke to a living legend) but I honestly hope she never finds love because I NEVER WANT THESE CARDS TO END.

OK, just kidding. I hope she finds love. But I hope love doesn't stop her from creating equally hilarious cards.