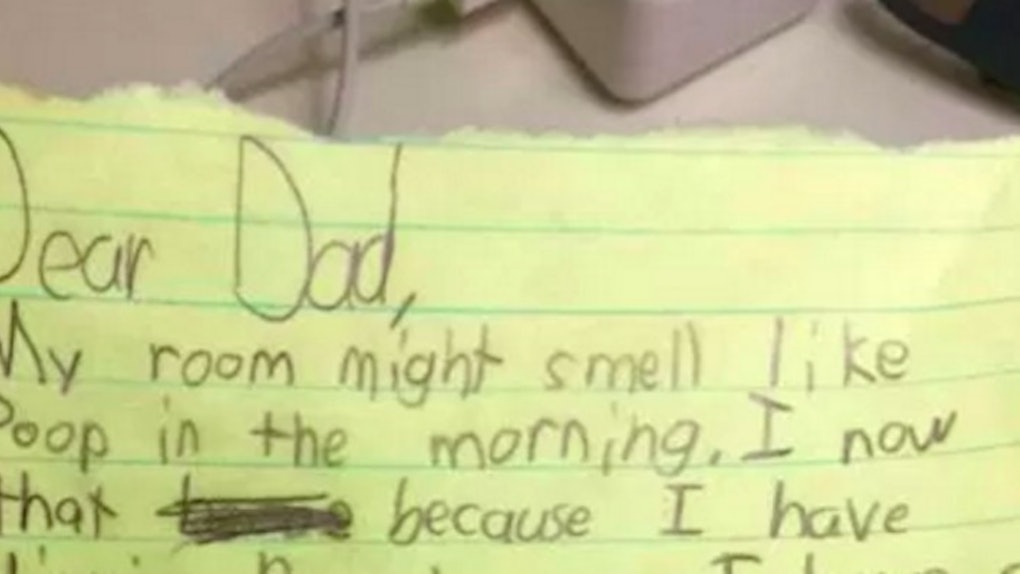 This little girl's note is both adorable and disgusting. But you have to give her credit: She doesn't mince her words.

Everything you're about to read is 100 percent raw and straight from the heart.

Here's what the note says:

Dear Dad, My room might smell like poop in the morning. I now that because I have diaria. Do not worry I have a towel just in case. [tick box] [smily face] [towel emoji]

I'm guessing that's the guest towel from now on.

In an info box pointing to "diaria," she adds,

If you do not understand -- soft poop.

She signs it off with, "Love, Gracie." Such a cute name for such an explicit piece of writing.

Gracie ripped out the note for her dad to keep as a stark reminder that shit's about to go down in the morning (quite literally).

Her dad posted the note on Reddit under the username "mysoulishome," with the caption, "My daughter is so considerate."