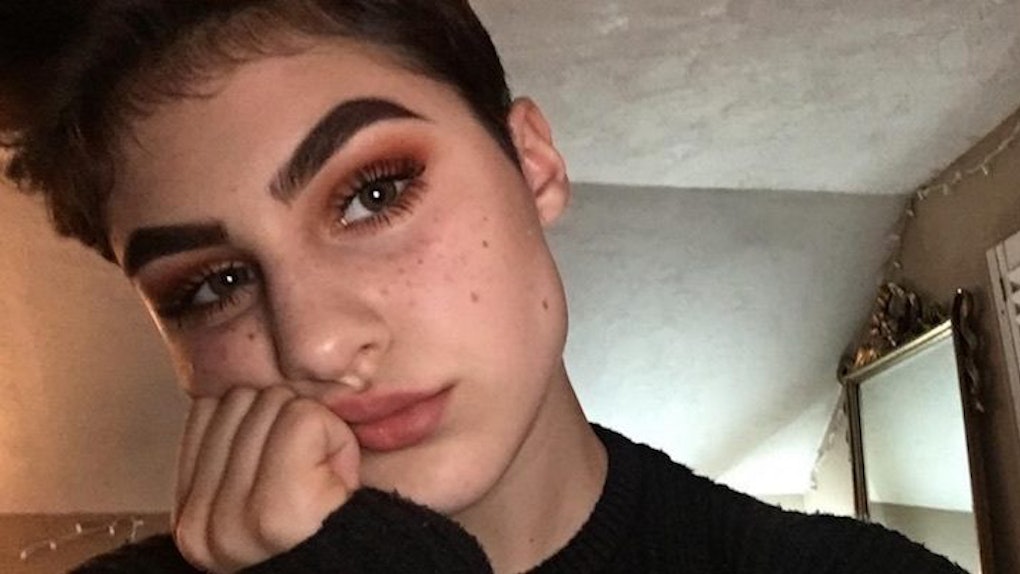 Did you read that correctly? SEVEN HUNDRED AND THIRTY THREE DOLLARS.

How is that even possible? Was the lipstick tinted with gold? Were there chiseled diamonds in the eyeshadow?

My mind is blown. And apparently, Alex's is too.

The 15-year-old makeup junkie took to Twitter to explain her anxiety-filled realization of finding out she had charged her mother's credit card for the goods by mistake.

As much as I feel sorry for the gal, you have to admit the way she explains the entire ordeal is kind of hilarious.

She begins by nonchalantly admitting the "small" mishap with a nervous smile, saying,

I just accidentally charged my mother's credit card $733. Every girl in the world who is a makeup hoarder has their Sephora basket filled with things they don't necessarily need, just like, palettes and stuff that they want.

Again, how in the world do you spend $733 on makeup? I don't think I could do that if my life depended on it.

Regardless, Alex did it... and boy, DID SHE DO IT. The regretful spender then explains how she ended up charging her mom's credit card in the first place.

Apparently, there was nothing left on Alex's Sephora card at the register. But the order still went through.

Well, there is an explanation, and it's definitely not a great one. Alex says,

I – being the makeup fiend that I am – I went to enter this old gift card, to see if there was anything on it. There wasn't anything on the card, and the order went through.

THE SUSPENSE IS TOO MUCH.

Her card is the card that I use for my Sephora account, meaning that it's already set up and I don't need to enter any more information for the order to go through. So I texted my mother, and now we wait.

All sarcasm aside, Alex does explain she called customer support about the mistake.

Apparently, she spoke to a woman named Teresa.

If my girl Teresa doesn't pull through and cancel this order, there's not only gonna be a credit card fraud case. There's gonna be a homicide case, Marcia's gonna get me.

But judging by Alex's Twitter bio, she kept all the makeup because "Teresa didn't pull thru."

Luckily, it's been reported by Buzzfeed News that Alex's mom wasn't too upset about the purchase. She settled the accident by calling Alex's makeup spree her Christmas present.

Phew. That was a close one.

Now, hopefully Alex will share her makeup with her mom. It's the least she could do.