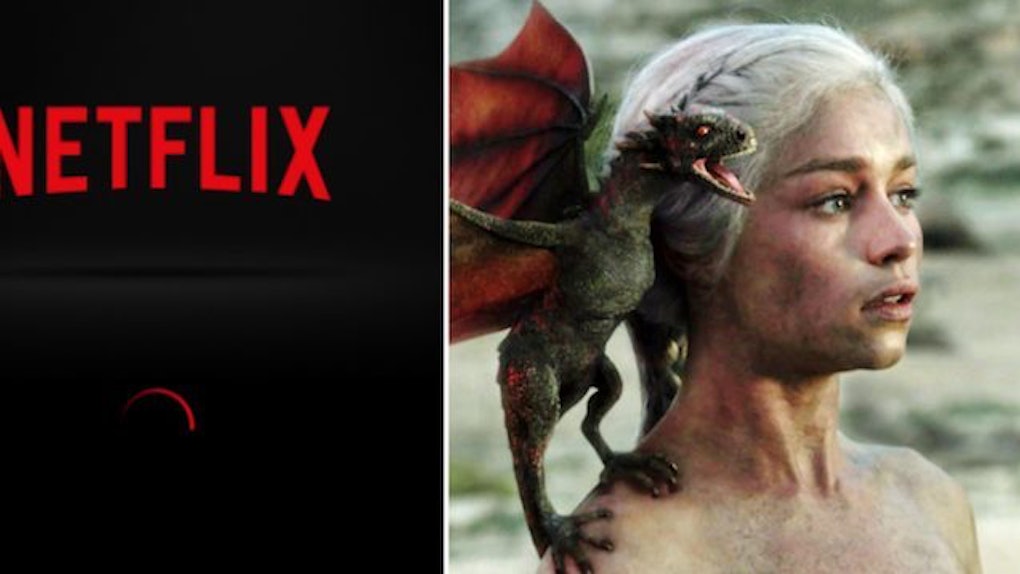 Netflix Hack Allows You To Request TV Shows And Movies

Psssst: Netflix has been keeping a very big secret from us, and it might just make your "Netflix and chill" nights a million times better.

Try not to get too excited, but there's a way you can ask for any TV show or movie that's ever existed to be added to Netflix.

Yes, that means you can literally ask Netflix to add “Game of Thrones” to its service!

Before you get too excited, though, “GoT” is one series that will not be landing on Netflix, as its rights are strictly tied up with HBO.

Deep in Netflix's website, there's a page where you can request movies or shows to be added.... and the people behind the streaming site have promised they'll actually listen.

OK, so it's not exactly a secret. But everyone's favorite streaming service hasn't exactly publicized its “Request TV shows or movies” page.

But whether you're craving that '90s show you used to adore or are just desperate for a certain film to drop, this is the place for you to go.

And the best part?

Even though you're initially given the option of making three suggestions, you can keep going back to make as many requests as you want.

There's no need to keep requesting the same thing over and over, too. So don't go wasting your time by typing “The Bachelor” in 100 times.

Have a TV show or movie you'd like to see on Netflix? Tell us about it below! This form is the one and only place to submit content requests.

Hear that, guys?! The one and only place!

After you've submitted your request, the site sends you back a few reasons why your idea might not work. It seems they've clearly planned ahead for the inevitable pile of “Game of Thrones” requests.

I know there's no guarantee your suggestion will be added by magic the next day, but making a request won't exactly hurt.

And if they DO end up listening to you, Netflix bingeing will be forever changed.