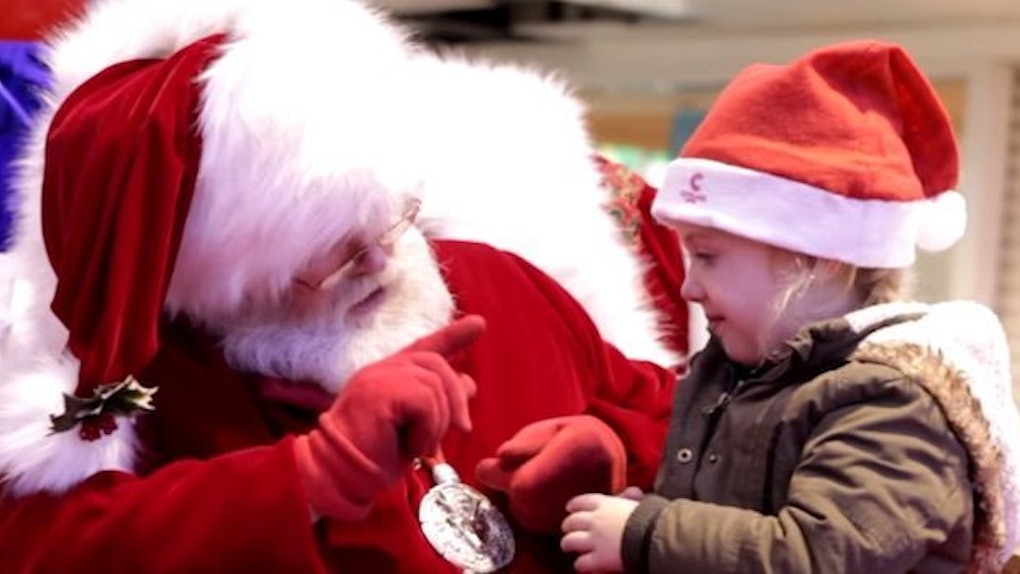 A mall Santa Claus used sign language when he found out the little girl on his lap wasn't able to hear him.

According to Huffington Post, the overjoyed girl met Santa over the weekend at a Middlesbrough, England shopping mall called the Cleveland Centre.

When Santa asked the girl what she wanted for Christmas, the girl's mother informed him her daughter "can't talk very well."

This particular Santa, however, appeared to be very well-versed in sign language.

After learning the girl knew a little sign language, the Santa used a variety of gestures to communicate with the girl, who then responded with a few signs of her own.

It isn't clear what he said, but a YouTube user wrote in the video's comments section the Santa asked the girl if she would like a doll for Christmas.

Several malls in the US reportedly feature Santas who know sign language such as the Lehigh Valley Mall in Pennsylvania and Florida's Treasure Coast Square mall.