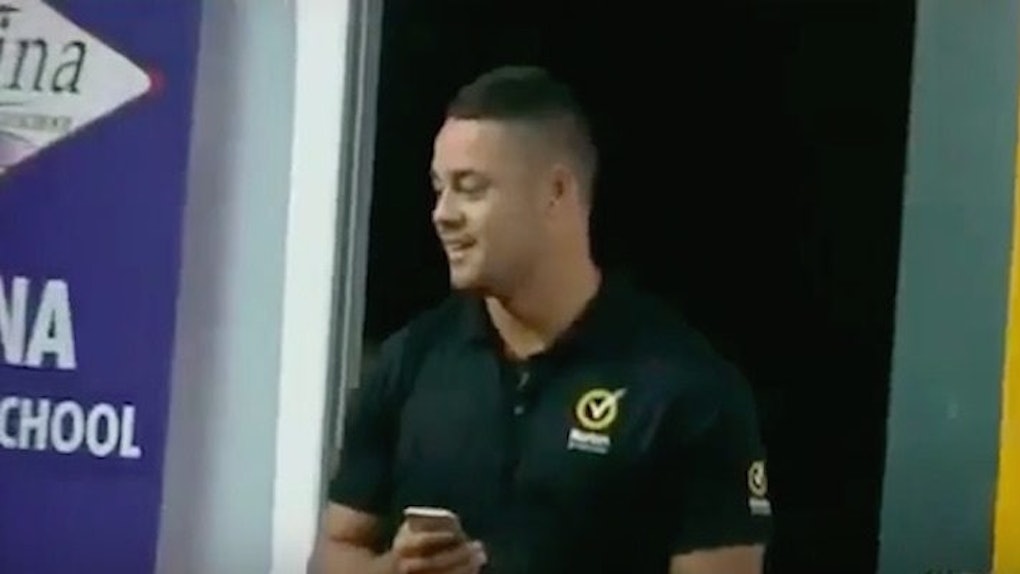 I've never been a fan of giving class presentations.

Most of the time, I'm pretty sure I would rather jump out of an airplane or go swimming with great white sharks than get up and talk in front of a bunch of strangers.

It wasn't until I was forced to take a public speaking class in college I began to get over my extremely irrational fear of talking to big groups of people.

However, every time I have to give a presentation, I still feel a flood of anxiety sweep over me.

I mean, let's be real, there's a lot of things that could potentially go wrong during a presentation and no one likes to make a complete idiot out of themselves in front of an entire roomful of people.

Hayne, who you might recognize as a former San Francisco 49ers player, was recently invited to talk about online safety at Robina State High School in Australia.

However, Hayne's presentation turned into an unexpected show and tell scandal.

Obviously, giving these kids a lesson on lovemaking was not Hayne's agenda.

Apparently, Hayne had his phone connected to a public wifi network and projected his browsing history up on the screen in order to demonstrate how third parties can steal data from your phone.

As you can imagine, Hayne was seriously embarrassed and scrambled to turn off his phone as the students burst into laughter.

After Hayne's presentation hiccup, one of the representatives from Norton, the internet security company who was also taking part in the presentation, swooped in to save Hayne's last shred of dignity.

During our wifi demo we had an open network that was available for anyone to connect to and someone had connected to the network and browsed to a site where the images were displayed. I've just checked and the device that connected that did that was not Jarryd's phone.

I think it's safe to say Hayne is probably going to think twice before he agrees to give another cyber safety presentation.