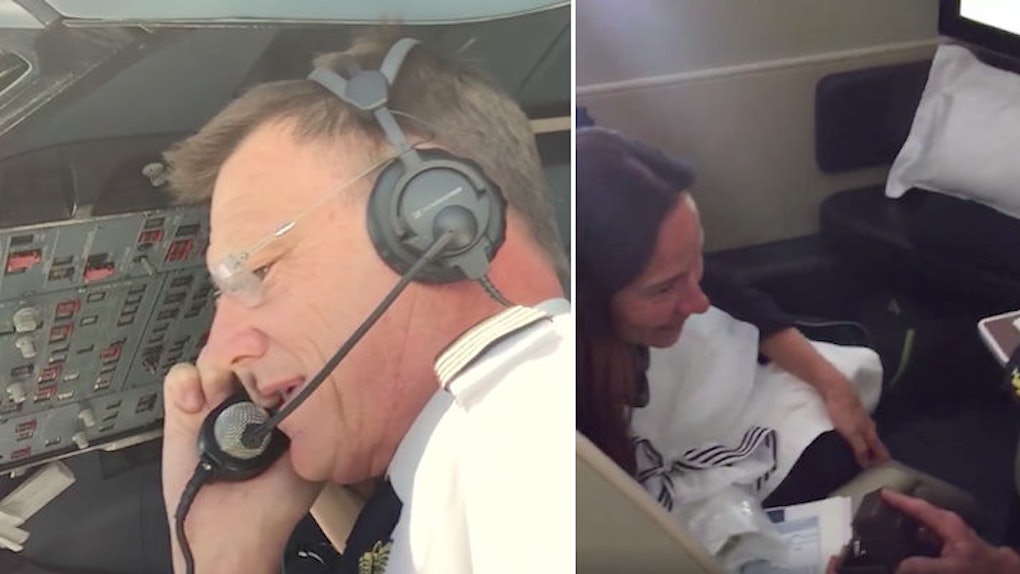 Pilot Proposes To GF In The Middle Of The Flight

This is cute. If this happened on my plane though, I'd be scared shitless.

Don't get me wrong, I'm a massive fan of adorable proposal videos.

In fact, they're probably my third favorite kind of internet video, right behind videos that involve dogs greeting their owners who are just coming back from war and the music video for “Christmas Shoes.”

It's just that Qantas posted the following video to their Facebook page about one of their pilots proposing to a passenger mid-flight and it's making me nervous as hell.

You can watch it here:

I have a billion questions.

For starters, how is this FAA approved? There is no way that someone can decide mid-flight to just get out of their pilot's seat and change the course of their life.

On time, I heard that pilots can't board planes with less than eight hours of sleep the night before.

You want to tell me that a pilot needs at least the equivalent amount of sleep an average college student gets a week before a flight, or he has his wings removed, but can totally make the biggest decision of his life while the plane is 35,000 feet up in the air over the Pacific?

Also, what if she said no? What if she decided, as the rest of the people on the plane probably did, that it is a terrible idea for a pilot to propose to his girlfriend mid-flight?

What if she then decides that she doesn't want this irresponsible Qantas employee to be the potential father of her children?

I'll tell you what happens: You get an angry pilot with nothing left to live for controlling a joystick and accelerator that could very well end your life.

The hero of this story is the man's girlfriend who saves the entire plane from disaster by saying "yes."

Citations: This Pilots Surprise InFlight Proposal to His Girlfriend Is So Sweet (Cosmopolitan)