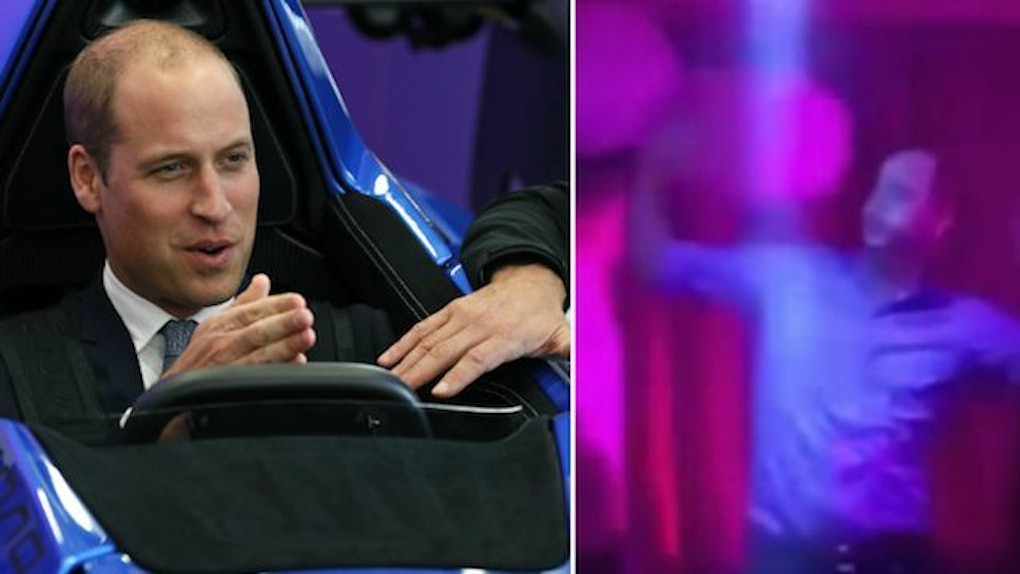 You're about to discover the key to happiness, but it's not good health, the love of your family or friendship.

This might come as a surprise, but the best thing in life is this hilarious video of Prince William dancing like a dad in da club.

The future king decided to blow off some steam by going on a skiing vacation in Switzerland with his buddies, leaving Kate and the kids at home.

And, yeah. This happened.

At 34, Prince William is very young to have hit Peak Dad, but that's exactly what happened when he let his hair down at a wedding party in the exclusive Farinet nightclub, TMZ reported.

Let's break this down.

He's raising the roof, a dance move that was (possibly?) cool for a short while in the '90s.

The prince is dancing to '90s R&B, in this case the absolute classic “I Got 5 On It” by Luniz.

I can't criticize the song choice, but oh boy, we can laugh at those moves.

Side point: I LOVE that the person filming the video is doing that thing where he or she pretends to take a photo of friends, who are posing half-heartedly while the phone wielder is creepin.' Superb.

In conclusion, Prince William is SUCH a dad.

But that's not exactly news because we've had plenty of evidence that the prince might just be the ultimate dad.

Exhibit A: The hair

Exhibit B: The fashion sense

And now, exhibit C: This

He's literally dad dancing at a wedding. That's about as dad as you can go.

Apparently, he was raising the roof until the early hours of the morning, later busting some moves to hardcore EDM.

But life isn't entirely one big party for the prince, who could be in some trouble.

That's because his vacation meant he missed Commonwealth Day, when the rest of the Royal Family gather at Westminster Abbey for a special service.