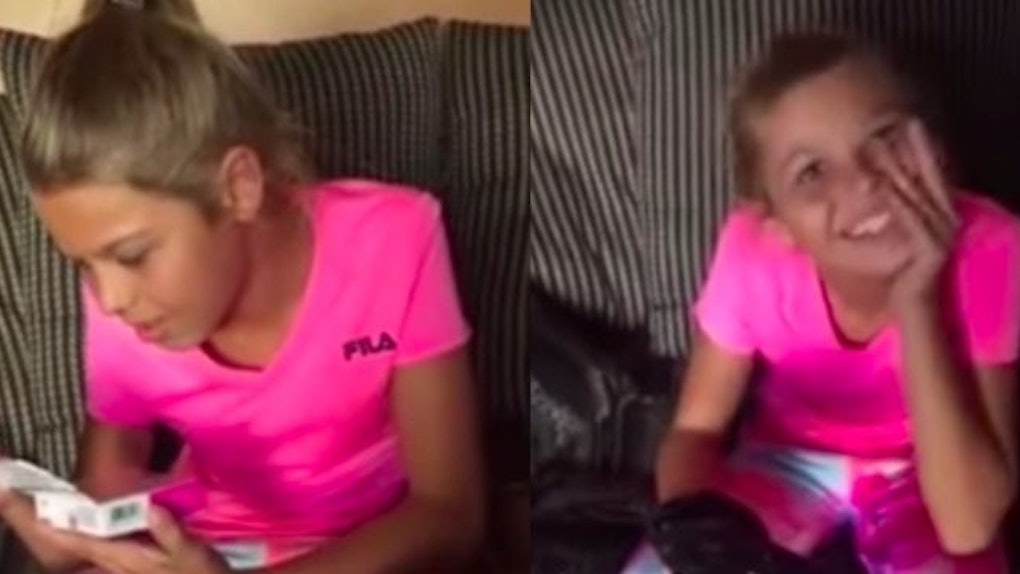 Corey Maison knew from a very young age that something was missing.

But it wasn't until the fifth grade, when Maison watched a video by transgender YouTube star Jazz Jennings, that he realized he didn't just like girly things — he was a girl.

Then only 11 years old, Maison adopted a female identity. With her mother's support, she began the long, emotional process of transitioning, visiting doctors and psychologists all over the Midwest in preparation for her journey.

A few days ago, Maison, now 14, returned home from school to find her mother waiting with a surprise: Corey's first dose of hormones, the medication that will help her complete her gender reassignment.

The young teenager had been waiting more than two and a half years to receive the estrogen pills prescribed by a specialist in Chicago. Her reaction to learning she'd finally be able to begin living the life she was meant to live is nothing short of moving.

We were both crying and shaking. [Corey] literally took my breath away, as she has never given me a hug like that before. I have never felt so much love from her than that moment. It was a mixture of pure joy and relief from us both. This was it, this was the most pivotal turning point in her life, and we both knew it.

Erica posted the touching video to YouTube, both in celebration of her daughter and as a hopeful message for other children and families going through the same journey.

I want people to watch this video, and see the the raw emotion of a transgender child that can finally live her lief the way she feels inside. I want people to see this, because maybe it will open their eyes… to anyone who's different. Maybe make them realize that people who are transferred are people just like them… We all just want to be loved and accepted by others, and that is all I want for my daughter, to be loved and accepted for who she is inside.

You can watch the powerful video, which has received the support and praise of thousands, below. To learn more about transgender issues and how you can support the cause, head to the Gay and Lesbian Alliance Against Discrimination.

*Editor's Note: The writer chose to use two pronouns to describe Corey's transition. Elite Daily fully recognizes and accepts her for the woman she is.

Citations: Watch The Emotional Moment This Trans Teen Was Surprised With Her First Dose Of Hormones (BuzzFeed)