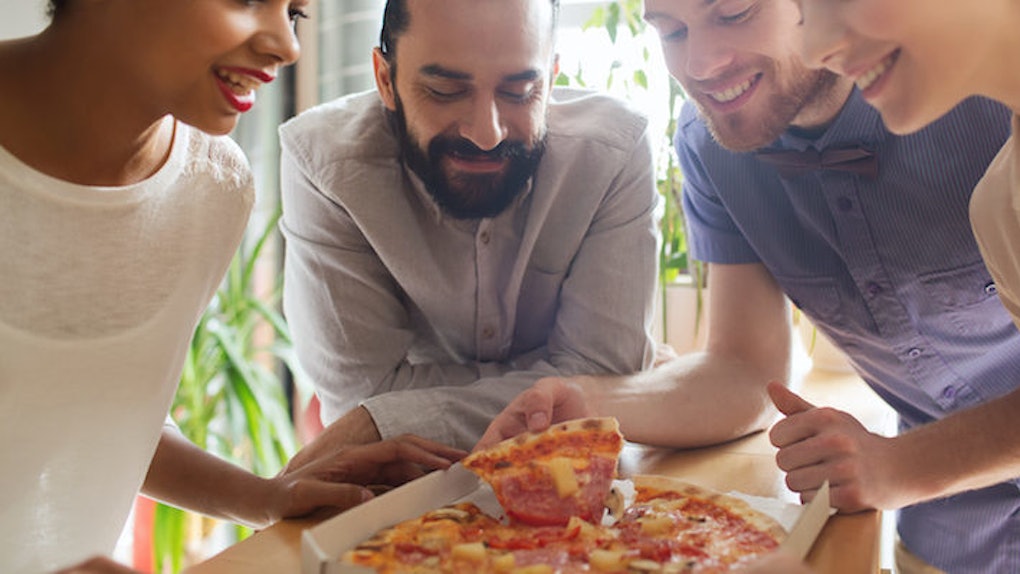 Themed dishes are not only festive, they say,

I am an adult. I planned for this. I know what holiday/sports game/birthday is occurring at this very moment.

A giant vagina pizza, on the other hand, sends a very different message.

The delicacy was originally meant to be shaped as a rugby ball, but consumers aren't buying it.

@Morrisons... How many people in your marketing department failed to see something other than a rugby ball?...pic.twitter.com/yQivjBJbFs — Danielle Wilson (@DanielleWilso92) September 23, 2015

I mean, they're buying it, but only because it looks like a pepperoni snatcholi.

While everyone loves pizza, this themed dish doesn't quite convey “football snack.”

Morrisons are selling a rugby pizza for the World Cup. Oh a rugby ball? Yes, that's what I thought it was too. pic.twitter.com/8QXOdtPwUJ — Ben Webbo (@BenWebbo23) October 9, 2015

But it's ON POINT for someone hosting a lesbian bachelorette party.

Still, there are some out there who don't see anything suspicious about the tea-time treat. Perhaps it's all in our heads.

Anyone distracted by the obvious draw in these photos (the low, low prices!) should head to a Morrisons right away before the stores run fresh out of vagi -- er, rugby pies.

Citations: People Are Going Wild For Morrisons' “Rugby Ball Pizza” Because It Looks Like A Massive Vagina (BuzzFeed)