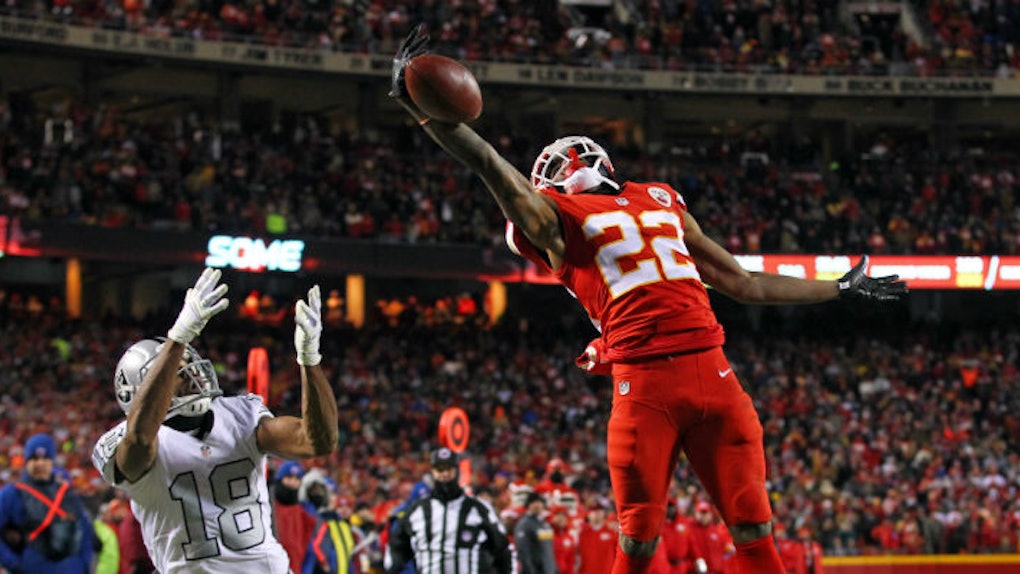 Plane Of Raiders Fans Drink All Of The Alcohol Onboard

How many drinks do you think you could handle in a matter of three hours?

Personally? The limit does not exists because I am a tiny tank engine built to process alcohol and to have fun.

But for a bunch of Raiders fans on a flight from Oakland to Kansas City on December 7, the limit was all of the alcohol on board the plane.

The captain of the plane found this to be such an incredible feat that he got on the PA system to congratulate them.

Jimmy Durkin, a sports journalist and host of Radiers Talk, witnessed the magic.

He, of course, meant they were Raiders fans, not the players. So, they were not going to be playing hungover.

Media don't fly with the team, you silly goose. They hate us. Everyone hates us...

Durkin told FOX news that the flight was actually well behaved for having dried out the plane. He said they were "[n]ot particularly rowdy. Pretty standard fare for a flight to a city where the Raiders are playing."

This means there was either not enough booze on that flight or the Raiders are very good at holding their own.

The Raiders did lose against the Kansas City Chiefs, 13-21.

It's when something happens to you that makes you say, "Ugh, mama needs her juice," and you are just inspired. Personally, I sad-drink because of the state of my life, but everyone is different!

I don't follow football but I'll say that I dislike your team in order to face off in a drinking competition. It is a win/win. You get to defend your team, and I get to drink.

Anyway, come at me, Raiders fans. I'm about to drink more than a plane-full of alcohol at our holiday party tonight. Maybe you'll see me in the future?

Citations: Pilot congratulates passengers for finishing all the booze aboard a plane (Mashable)