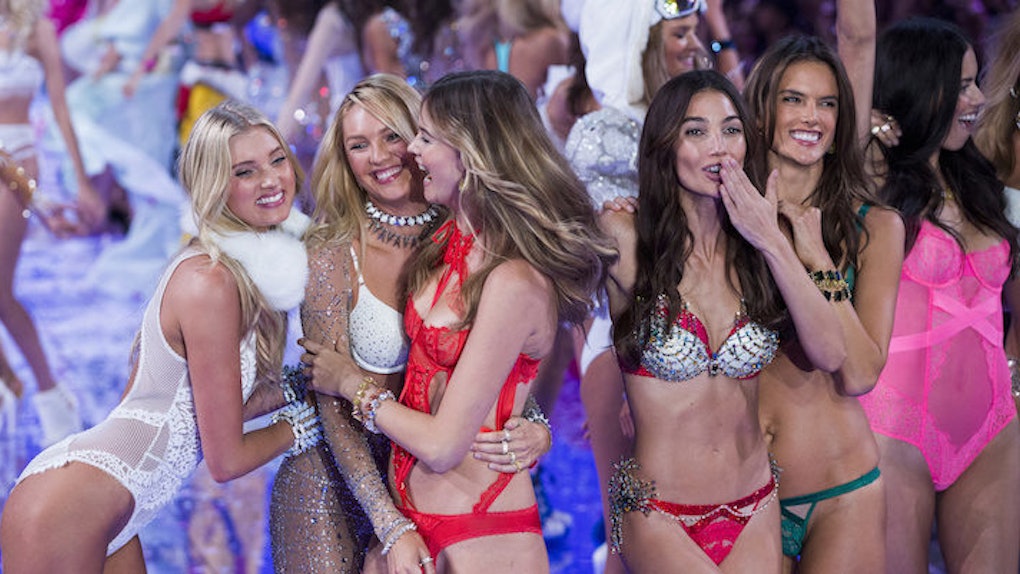 Can someone please explain to me why staff at Victoria's Secret look like they've Photoshopped (poorly) the arm of an already TINY model?

I'm not the only one confused and angry.

It shows two models posing in underwear with the comment, "There's a reason they're our most popular styles. And for a limited time, get a FREE Body By Victoria panty with purchase!"

Take a look at the arm of the model on the left.

See that? Looks like some really lame Photoshoppery to shave off some flesh from the inside of her right arm.

People completely called them out on the gaffe.

The Photoshopping on the arm of the girl on the left is concerning. And her pupils have been edited. And the girl on the right has had part of her shoulder removed. Did anyone actually look at this photo before it was published?

It's a good point.

Yep, people were having none of it.

It wouldn't be the first time Victoria's Secret was caught out with shabby Photoshopping. Remember that bum picture? That was a joke.