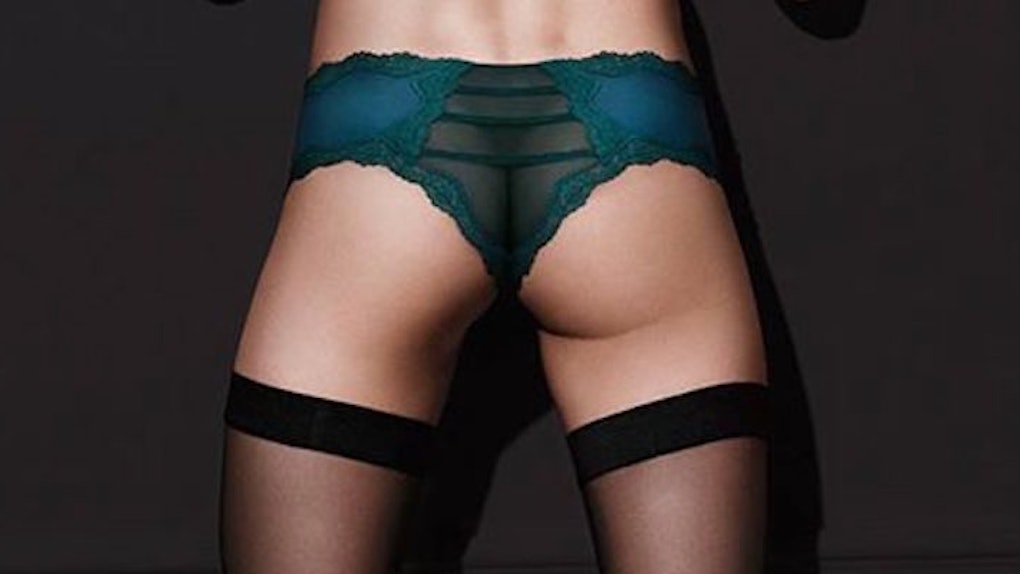 Another day, another Photoshop controversy.

This time, it's lingerie chain Victoria's Secret in the spotlight.

In September, the company posted an image to Facebook advertising its popular mesh-back “cheeky” panties.

The low-cut panties, a sort of hybrid between a thong and a brief, are designed specifically to show off and enhance the wearer's derrière.

As is typical of all Victoria's Secret advertisements, which draw their appeal from the unabashed glorification of physical perfection, this particular image was apparently extensively Photoshopped. The model in the ad is thin and free of cellulite; her skin is smooth and her hair, perfectly bouncy.

The image is perfect, except for one glaring mistake: Half of the model's butt is missing.

Where one cheek is rounded and full, the other is flat and shapeless. The panties designed to highlight the model's butt, ironically enough, instead draw attention to the half-assed 'shop job (pun completely intended).

Victoria's not-so-secret reliance on photo-editing has certainly gotten it into trouble before, but this time, consumers seem unprepared to forgive the flub. One Facebook commenter called the image “deformed,” while another cited the Photoshop fail as “[yet] another reason I…will never shop from you guys.”

In an industry increasingly drawn to the promotion of “real” bodies over carefully-crafted simulations of humans, it seems Victoria's Secret continues to fall further and further behind -- and if it doesn't shape up soon, behind is where it'll stay.

Citations: People Are Freaking Out Over This Victorias Secret Photoshop Fail (Cosmopolitan)