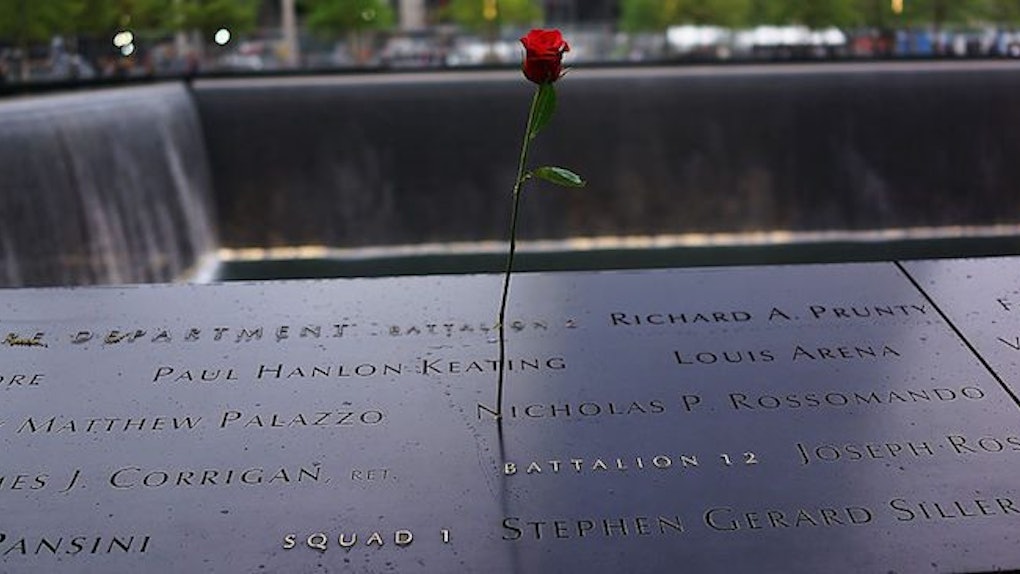 Tweets About 9/11 Commemorate The 16th Anniversary

It's hard to believe that it has been 16 years since that fateful September day. There were so many questions that ran through the minds of Americans across the nation as they watched that horrific day unfold. September 11, 2001 will forever be one of those where-were-you-when days. Where were you when the first plane flew into the North Tower of the World Trade Center? Where were you when the second plane crashed less than 20 minutes later into the South Tower? What did it feel like when you realized that this was not an accident, but an act of terrorism? Today, Americans continue to heal as they answer those questions and remember 9/11 with beautiful tributes on Twitter.

Beyond the terror, there was an incredible response of bravery and courage as heroic men and women (they'll tell you they were just doing their jobs, but they are the true heroes among us) barreled their way up the stairs the World Trade Center towers that were engulfed in flames and quickly deteriorating. These men and women of the New York Police Department and New York Fire Department ran right into danger because they wanted to save every person from that wreckage that they possibly could. The thick smoke and raging fire did not deter them because the opportunity to save just one life was enough to put themselves in the face of danger. Hundreds of the officers and firefighters gave their lives as they attempted to rescue their fellow Americans.

Today, America remembers and honors those brave souls and all the lives that were lost on that day at the hands of terrorists. We remember the way America rallied together to support one another in the wake of such devastation.

Barack Obama remembered those who died and praised the men and women who protect the ideals of our nation.

The FBI shared this patriotic reminder of the brave souls who didn't survive.

Roses were left on the 9/11 memorial in NYC to remember those who died.

Heartbreaking words from a passenger on Flight 175.

The NYPD remembers all who were lost.

Powerful images of recreations of the Word Trade Center towers touch on the importance of remembering those who lost their lives at the hands of this unthinkable attack.

The first responders are remembered for their bravery.

This individual takes the duty of commemorating 9/11 into his own hands.

Ari Fleischer took to Twitter to live-tweet the events of 9/11 according to how they played out in 2001 from his position as then-White House Press Secretary for former President George Bush.

Fleischer recalls the president being shown footage of the attack in on school television at the Florida school where the president was speaking to students.

Fleischer also shares how the president wanted to go back to the White House, but it was deemed unsafe due to multiple terror threats.

It's no surprise that Twitter is home to these touching tributes today. The events of September 11, 2001 changed America forever.

Men and women who were simply going to their daily jobs, boarding a routine flight, or gearing up for a day of policing or firefighting were thrust into the face of immediate danger at the hands of terrorists. Each and every one of them fought to survive and make it back their loved ones. Sadly, we lost far too many Americans that day, and that is why we take the time today to remember their bravery and honor their memory by striving to live up to the courage they embodied that day.