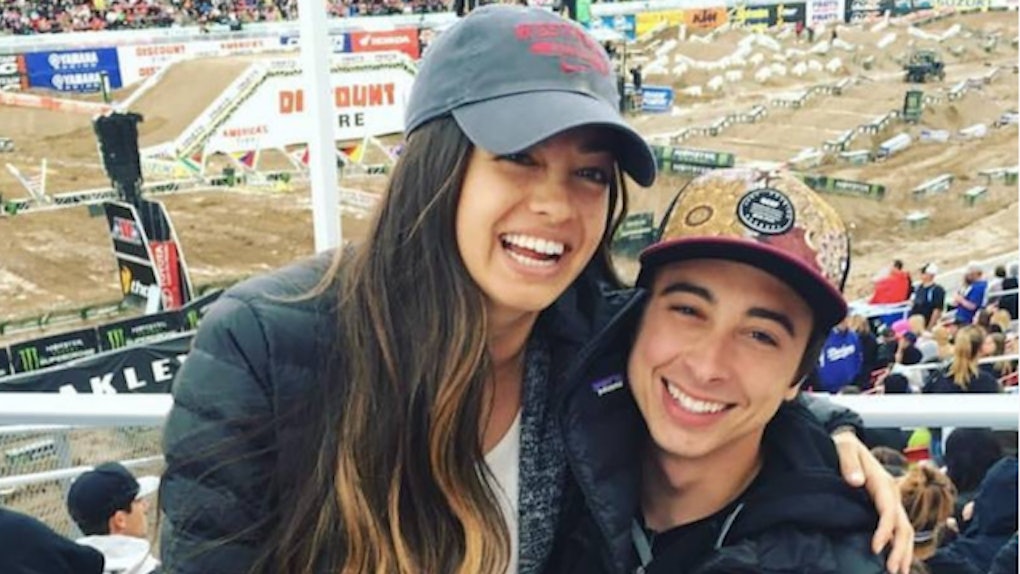 It's 2017, and if you don't announce your pregnancy is some kind of creative and funny way, are you even pregnant?

Everyone is doing it, and although the whole thing is starting to bore me, I have SO much time for how Todd Krieg and Amanda Diesen revealed they are bringing a baby into the world.

You see, Todd is a paraplegic man. Due to his condition, doctors said it would be nearly impossible for them to conceive.

But they beat the odds, and celebrated in style — with this hilarious picture of Todd sticking out his tongue, Amanda cringing and the words “It still works” on the wall behind them.

I mean, all guys should be proud “it works” when they're having their first kid.

But for Todd, a former dirt bike racer who became paralyzed after a 2014 accident, it was even more special — and he's got every right to brag about it still working.

We definitely weren't trying to have a baby — we wanted to get engaged, get married, and then start trying in a few years. We found out at the beginning of December and were extremely shocked and overwhelmed. We took a test together and just about freaked out. It was au natural, no IVF. Doctors had said it was possible, but the chances were very slim — that it probably wouldn't happen without help like IVF or other devices.

In a strange twist of fate, Todd's career-ending accident brought the couple together.

She was a therapist at the California paralysis recovery center he was sent to, and they got together when Todd eventually admitted he had a crush on his “cute therapist.”

They moved to Ohio together, and are now set to welcome a baby boy.

But Amanda had one more surprise waiting for her — as during their photo shoot, Todd proposed.

She said yes and later posted about their story on a website where the winner of a contest gets a free wedding.